National Automobile Museum
The National Automobile Museum houses the finest automobile collection in the world, bringing together more than 500 exceptional cars. The famous Schlumpf collection of the Schlumpf brothers (560 automobiles from 98 different brands, pioneers in the history of the automobile, built between 1878 and 1918, 430 of which are classified as historical monuments, the largest collection of automobiles prior to 1910 with the museum Louwman from The Hague, an impressive collection of 14 Rolls Royces, and the largest Bugatti collection (more than 120) in the world. The museum, housed in a former textile spinning factory of the Schlumpf brothers dating from 1880, listed as a historical monument, covers more than 20,000 m2. 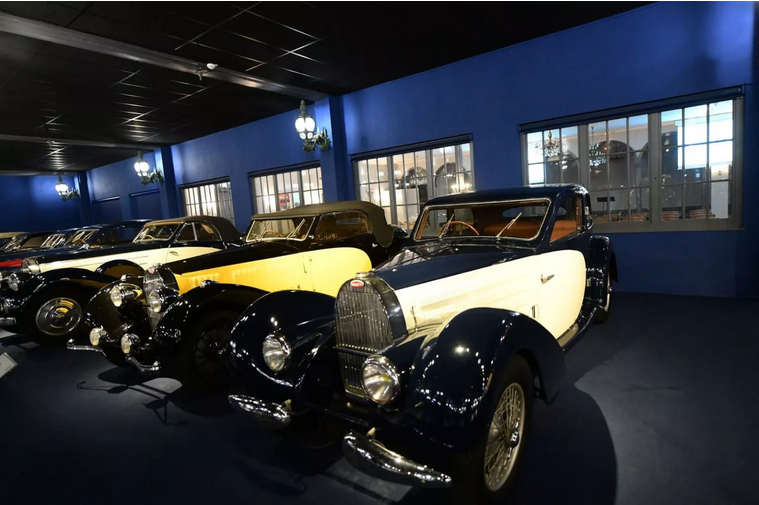 Story
The initiative for the collection and the museum came from two important Alsatian textile manufacturers of the 20th century, the Schlumpf brothers, Hans (1904-1989) and Fritz (1906-1992). Passionate about vintage cars, they frantically devoted a large part of their fortune to it, during the 1960s, at the time of their industrial success, buying vintage cars from all over the world and restoring them in their own specialized workshop, in the greatest secrecy, with a predilection for Alsatian Bugattis from the Bugatti factory in Molsheim. 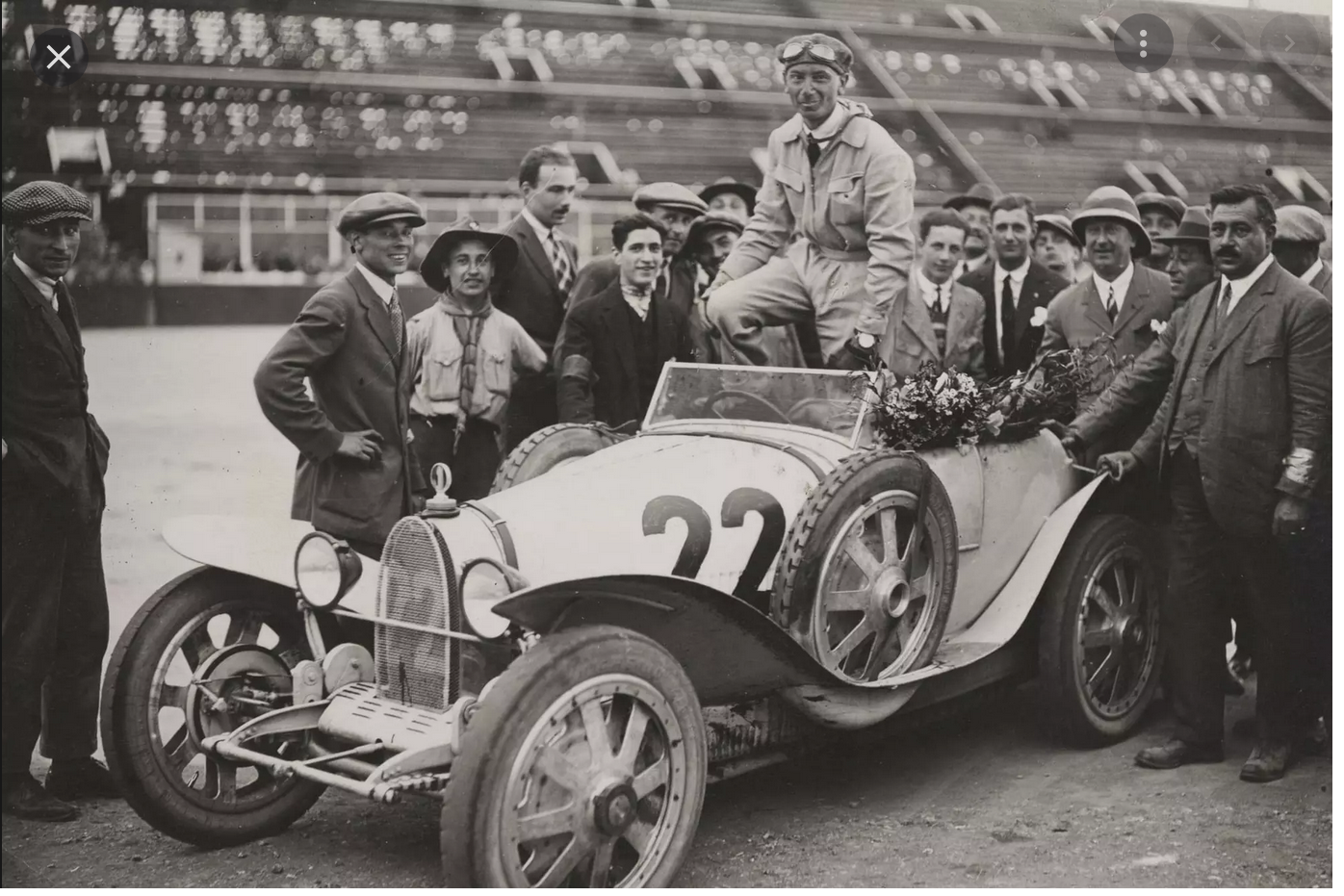 In 1928, barely 22 years old, Fritz Schlumpf bought his first Bugatti, with which he drove on weekends and took part in car races.

This car lover kept in touch with the Alsatian company Bugatti over the following years, his passion for collecting not really manifesting itself until 1961.

Schlumpf worked as a wool broker and in 1929 his brother Hans, two years his senior, joined him in the textile business. In 1935, they founded the Société Anonyme pour l’Industrie Lainière (SAIL), which markets wool. At the end of the war, the two brothers bought several factories and spinning mills in Alsace, and went so far as to take control of the textile industry in eastern France.

In 1957, they acquired a disused wool factory in Alsace in Mulhouse to set up their own automobile museum there: in honor of their beloved mother and Ettore Bugatti, but above all for Fritz Schlumpf himself. same. Because for Fritz Schlumpf, collecting Bugatti vehicles has long been an obsession. 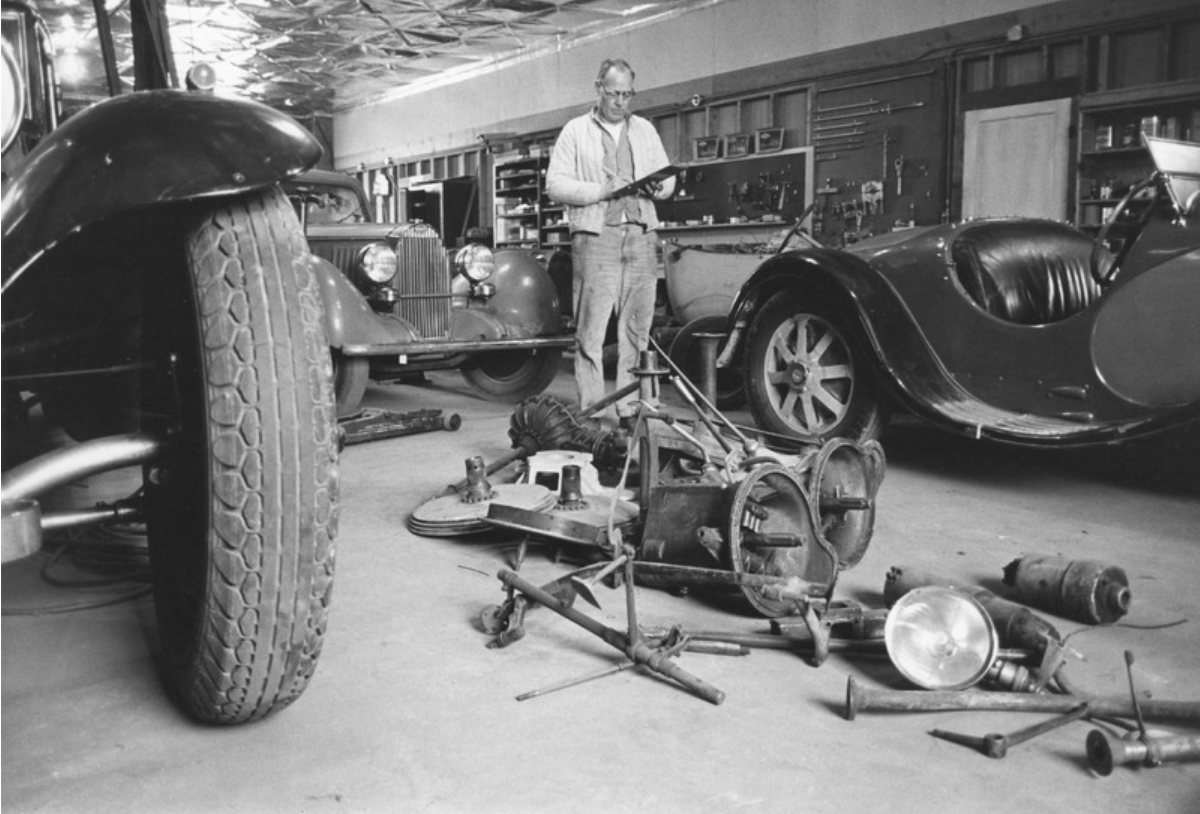 From 1961, he acquired many classic vehicles and thus rose to the rank of the most important collectors of Bugatti cars. The 560 restored cars are housed in three secret hangars of their important industrial site, in a Belle Époque atmosphere, decorated with 500 replicas of candelabras from the Pont Alexandre-III in Paris separating Rolls Royce, Bugatti and other brands.

Purchase of the Bugatti collection from John W. Shakespiere USA
To have the largest collection of Bugattis in the world, Schlumpf writes to Bugatti owners all over the world. He finds their addresses in a register of Hugh Conway of the English club Bugatti Owners Club which puts him in contact with the American collector John W. Shakespeare living in Hoffman in Illinois. 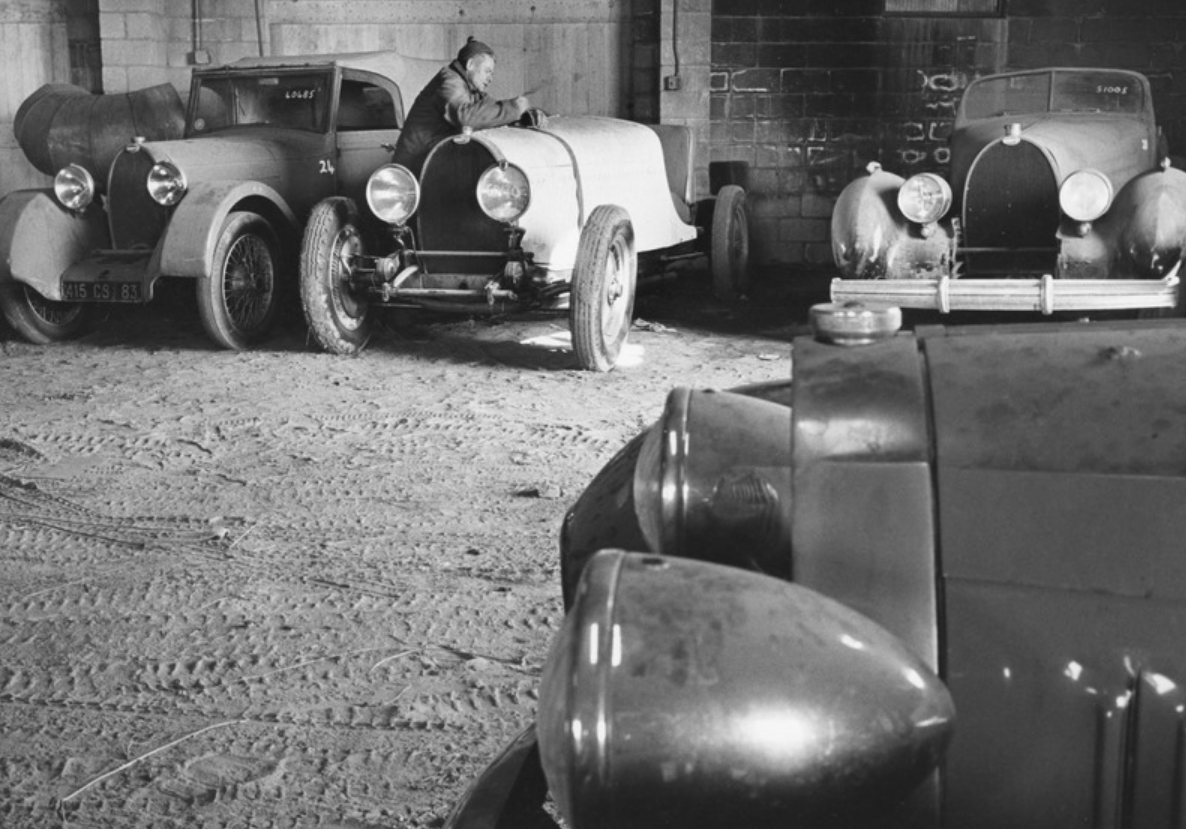 From the 1950s, John W. Shakespeare devoted himself to Bugatti vehicles. His first car was a 1932 Bugatti Type 55, then he acquired a Royale Type 41 Park Ward, the third and last customer vehicle. Finally, he bought twelve Type 57s, three Type 55s, as well as Ettore Bugatti’s personal electric car, the 1931 Type 56. With approximately 30 Bugatti vehicles, Shakespeare is the holder of the world’s largest collection of Bugatti cars. 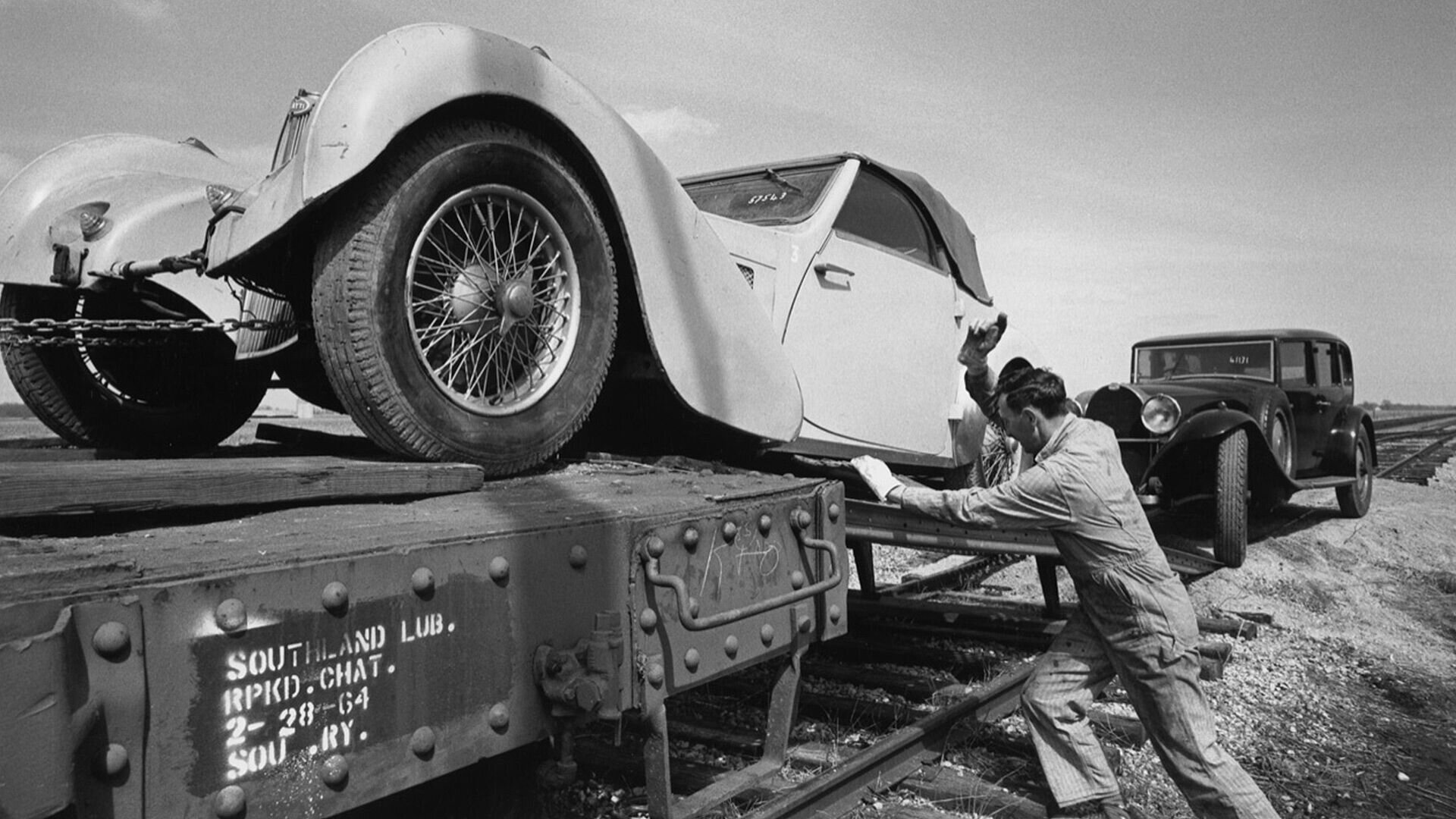 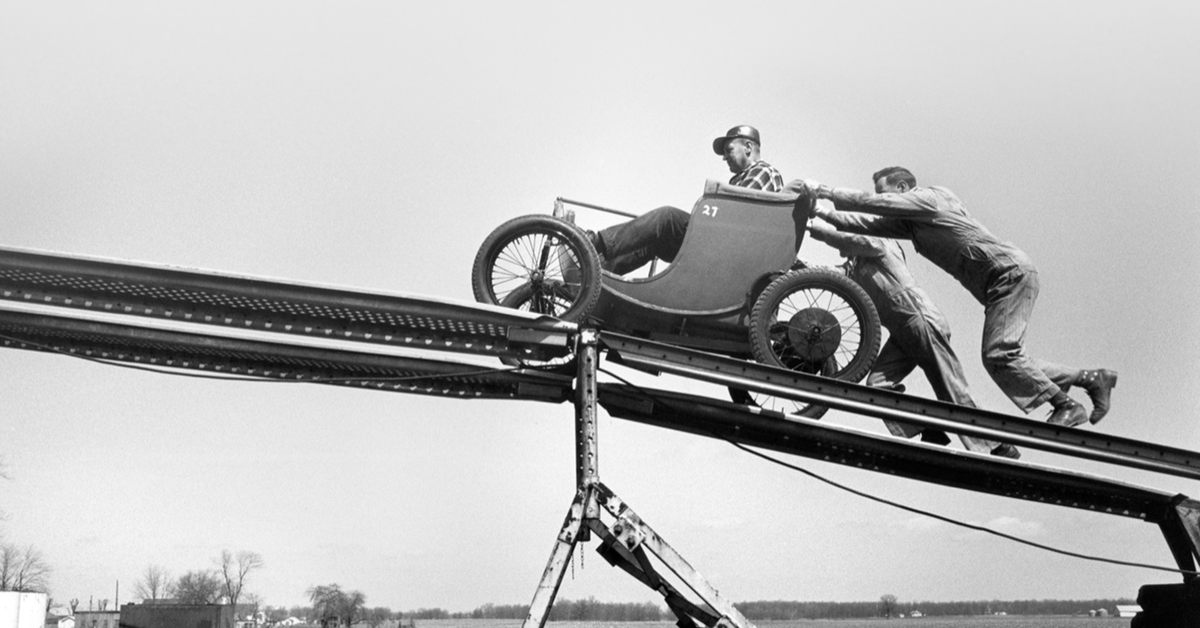 Schlumpf was keen on owning these vehicles and bought them all from Shakespeare for the lump sum of US$70,000. But the owner demands at least $105,000. In 1963, Schlumpf had the collection inspected by Bugatti connoisseur Bob Shaw from Illinois. His assessment of it is unflattering: “Most of the cars are in a part of the building where the floor is dirty, the windows are broken, the roof is leaking and birds are nesting there. Each car is partly dismantled and none has been driven for at least 18 months. Shaw advised Schlumpf against buying them, but Schlumpf persisted in the negotiation and now offered $80,000 for all the vehicles. 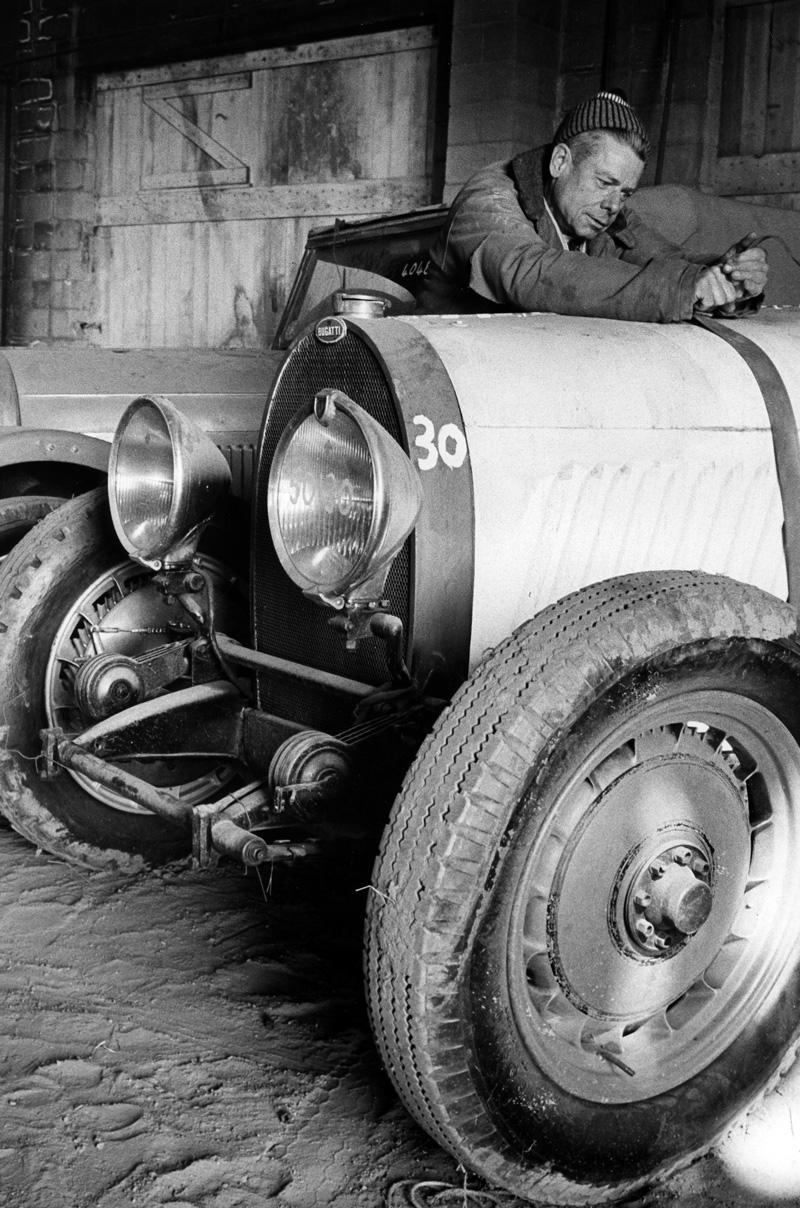 After bitter negotiations, threats and mutual blackmail, Schlumpf and Shakespeare agree a year later on the sum of 85,000 dollars (about 720,000 dollars today), transport to France included. With our current references, this is a very good deal and even a real bargain.
The thirty Bugatti vehicles are loaded onto a train and leave for Alsace. 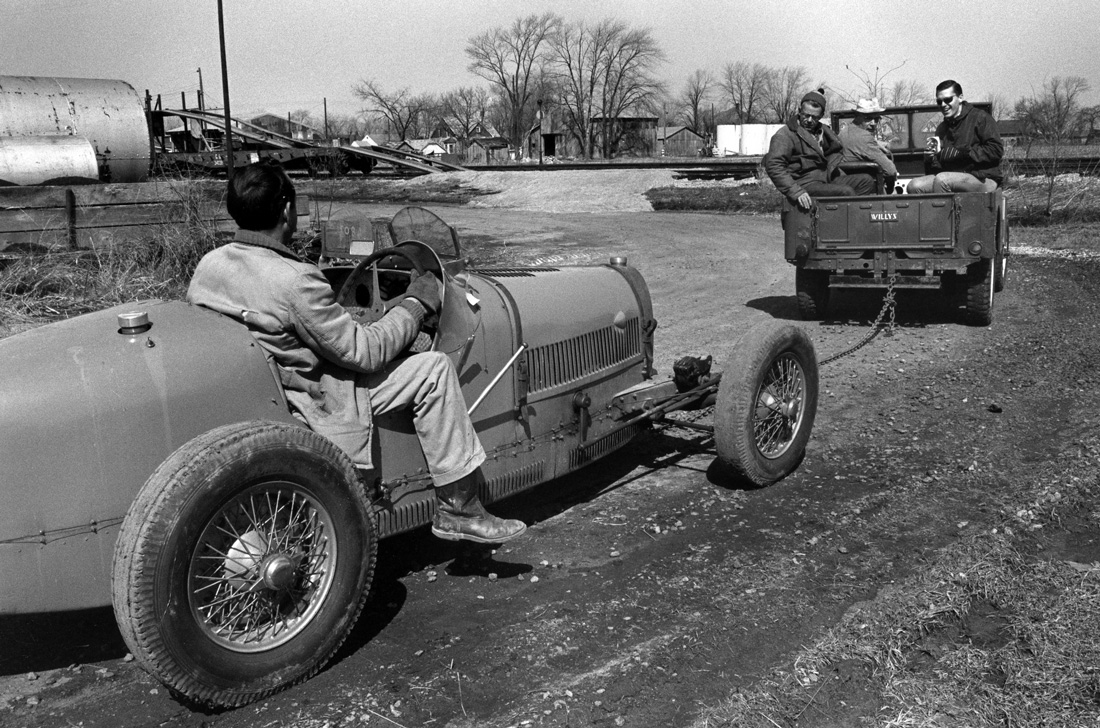 On March 30, 1964, the 30 Bugatti vehicles left their shelter aboard a Southern Railway Ilinois train bound for New Orleans, where they were loaded onto a Dutch freighter. A photo shows the open train where these many rare vehicles were deposited. A few weeks later, the freighter docked at the port of Le Havre where Fritz Schlumpf took possession of his treasure. His goal of becoming the biggest Bugatti collector in the world is thus almost achieved.

In 1965, the Schlumpf brothers made public the existence of their collection in a short press release, and the idea of creating a museum arose. But this museum imagined by Fritz Schlumpf will never be officially opened.

In 1977, the two brothers were about to create a worldwide media surprise by opening their museum to the public. Tickets, souvenir gifts are already in place. But their prosperous industry sank into bankruptcy in 1976, following the first oil shock and economic globalization, which quickly condemned the entire textile industry in the West.
The collection is saved inextrémis and becomes the National Museum of the Automobile of Mulhouse. 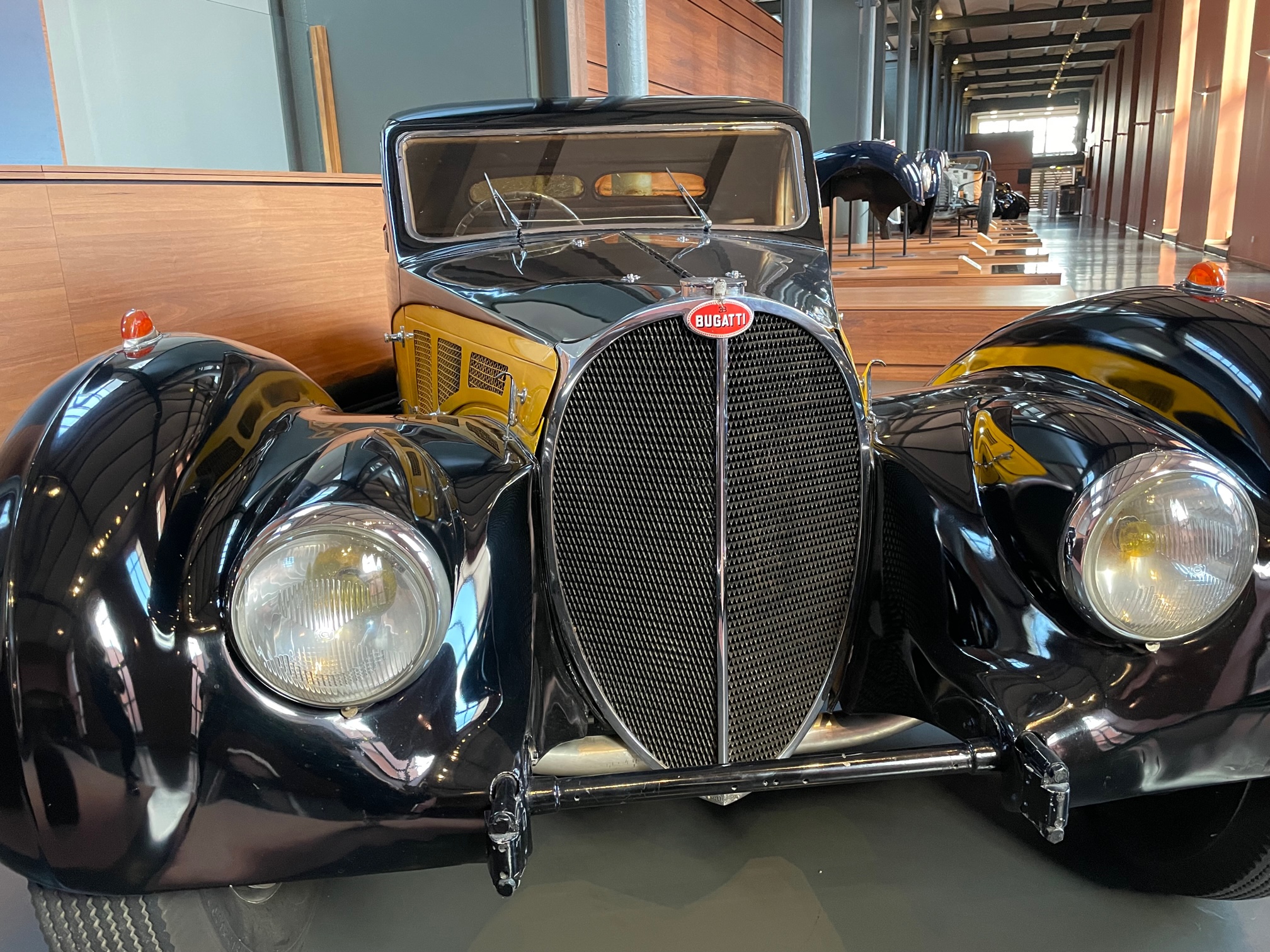 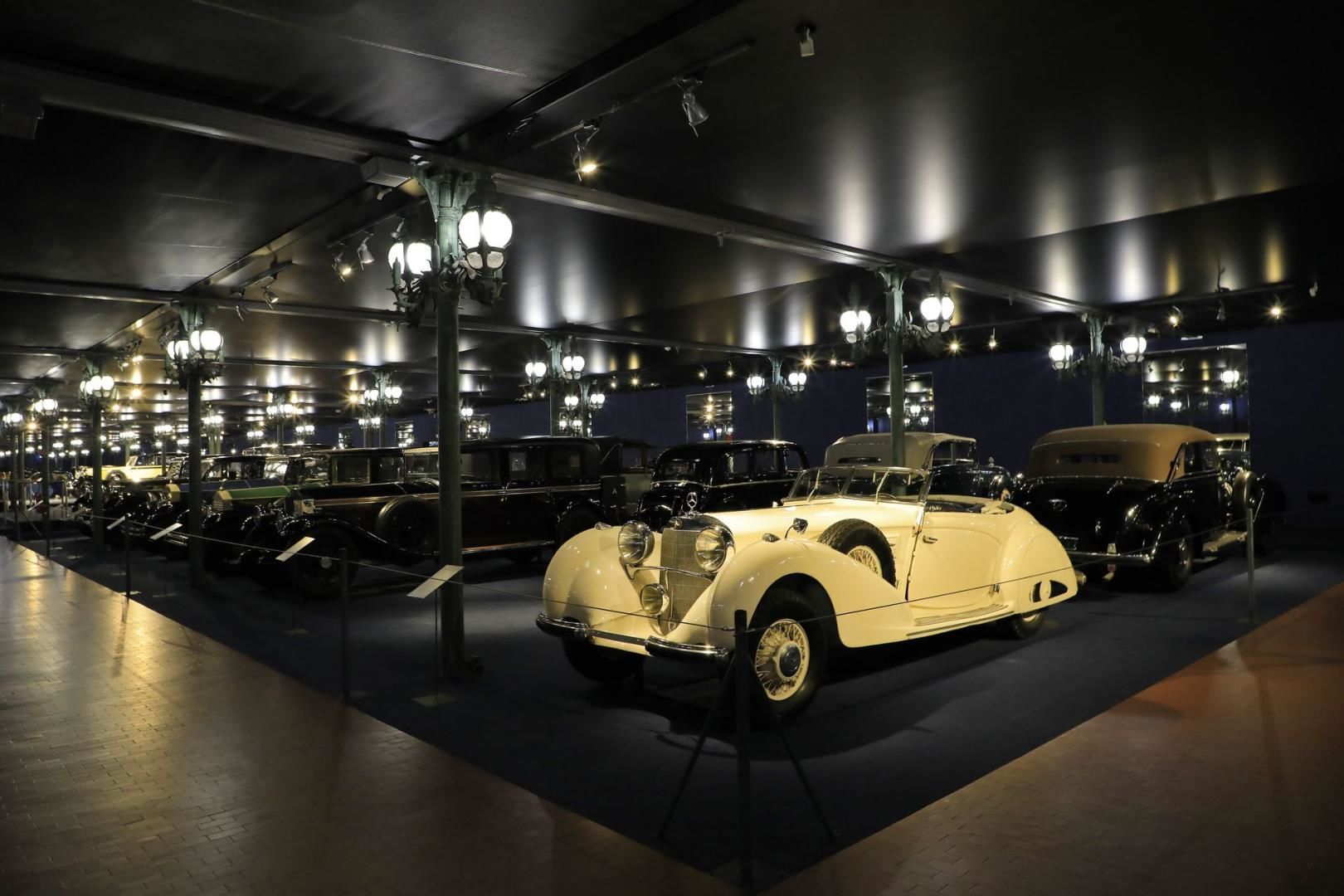