Bergheim, a superb village on the wine route, surrounded by its ramparts, is still relatively preserved from tourists. The city center has many beautiful winegrowers’ houses. From the top of the superbly preserved ramparts, you can admire the hillsides of the vineyard, overlooked by the Haut-Koenigsbourg castle. 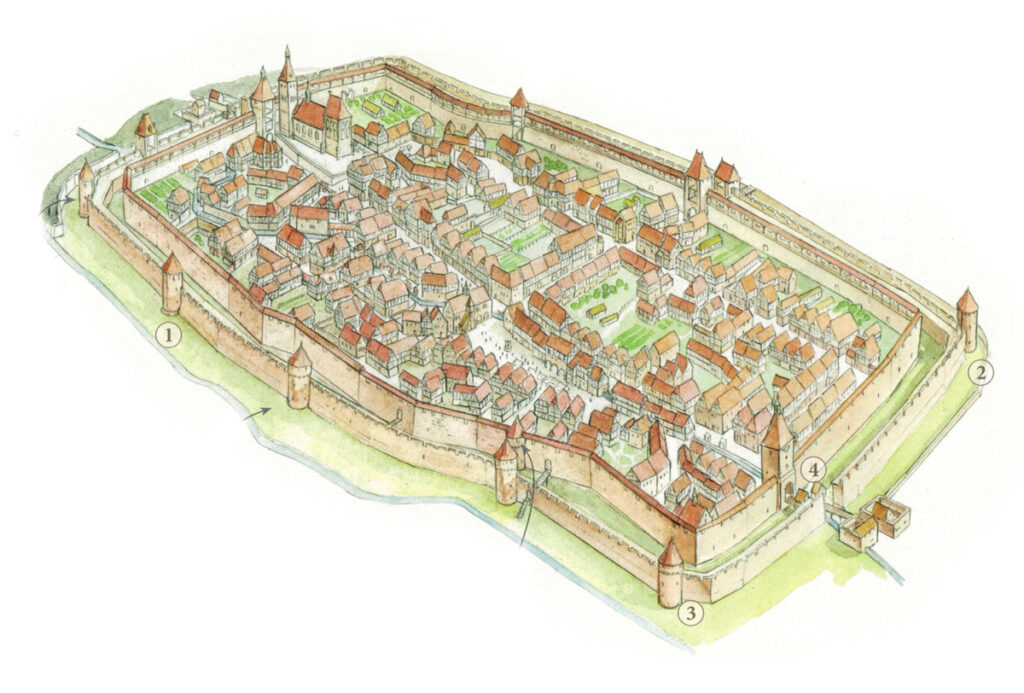 In the 10th century, the city was a royal asset, which was given as a fief to the Duke of Lorraine, who himself donated it to the Bishop of Toul. In 1287 Bergheim became the possession of the Ribeaupierre family, who raised it to the rank of town in 1312. She then endows it with her ramparts. The city was sold to the Habsburgs in 1313, who entrusted it to various noble families, before regaining control at the end of the 15th century. 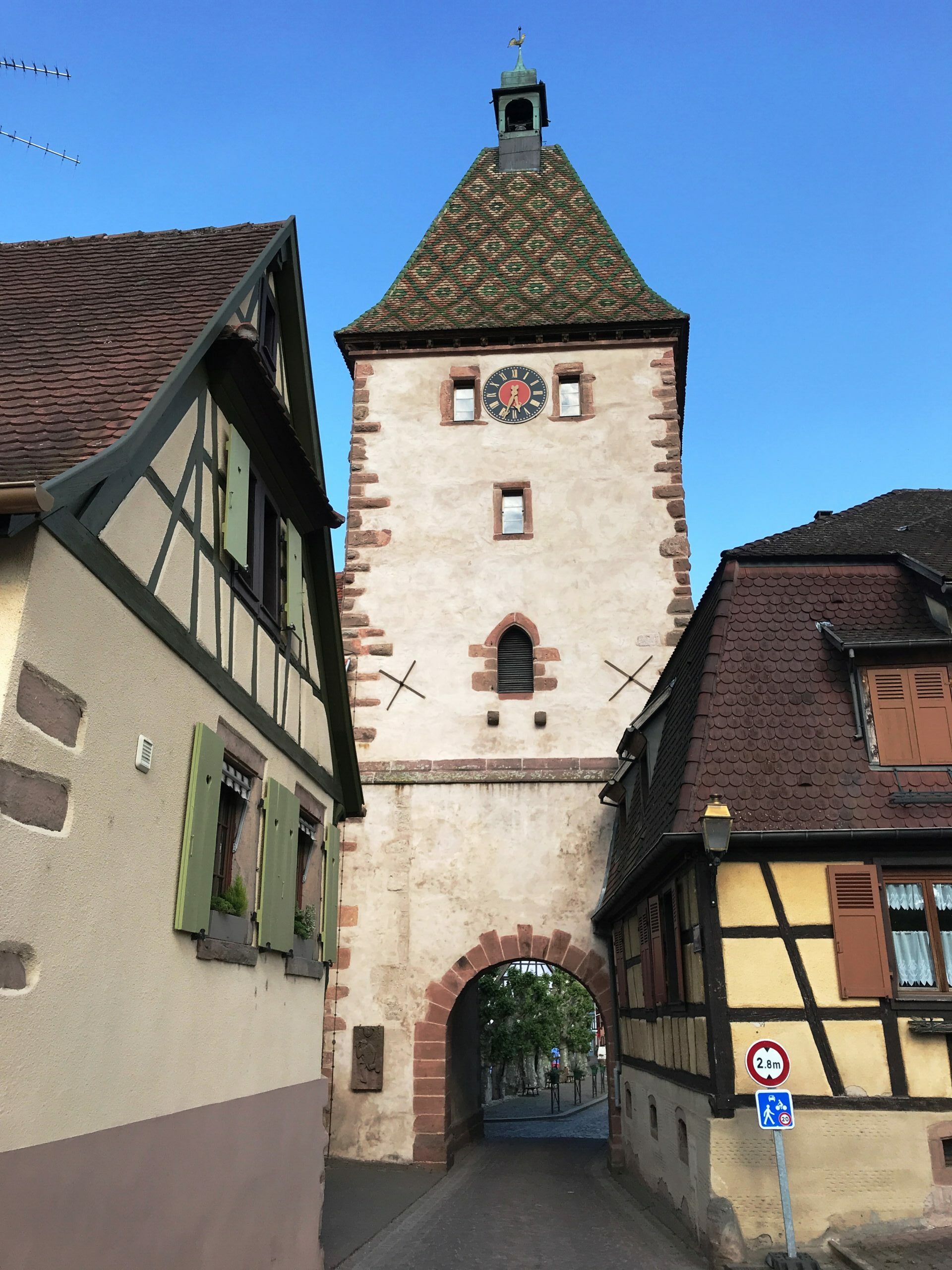 The city had the particularity of possessing the right of asylum, which allowed any hunted person to take refuge there. You will find on the Upper Gate, a bas-relief representing a man who taunts his pursuers by showing them his behind… the LACK’MI … translation: Lèche-moi le… which illustrates well the right of asylum recognized since 1361. 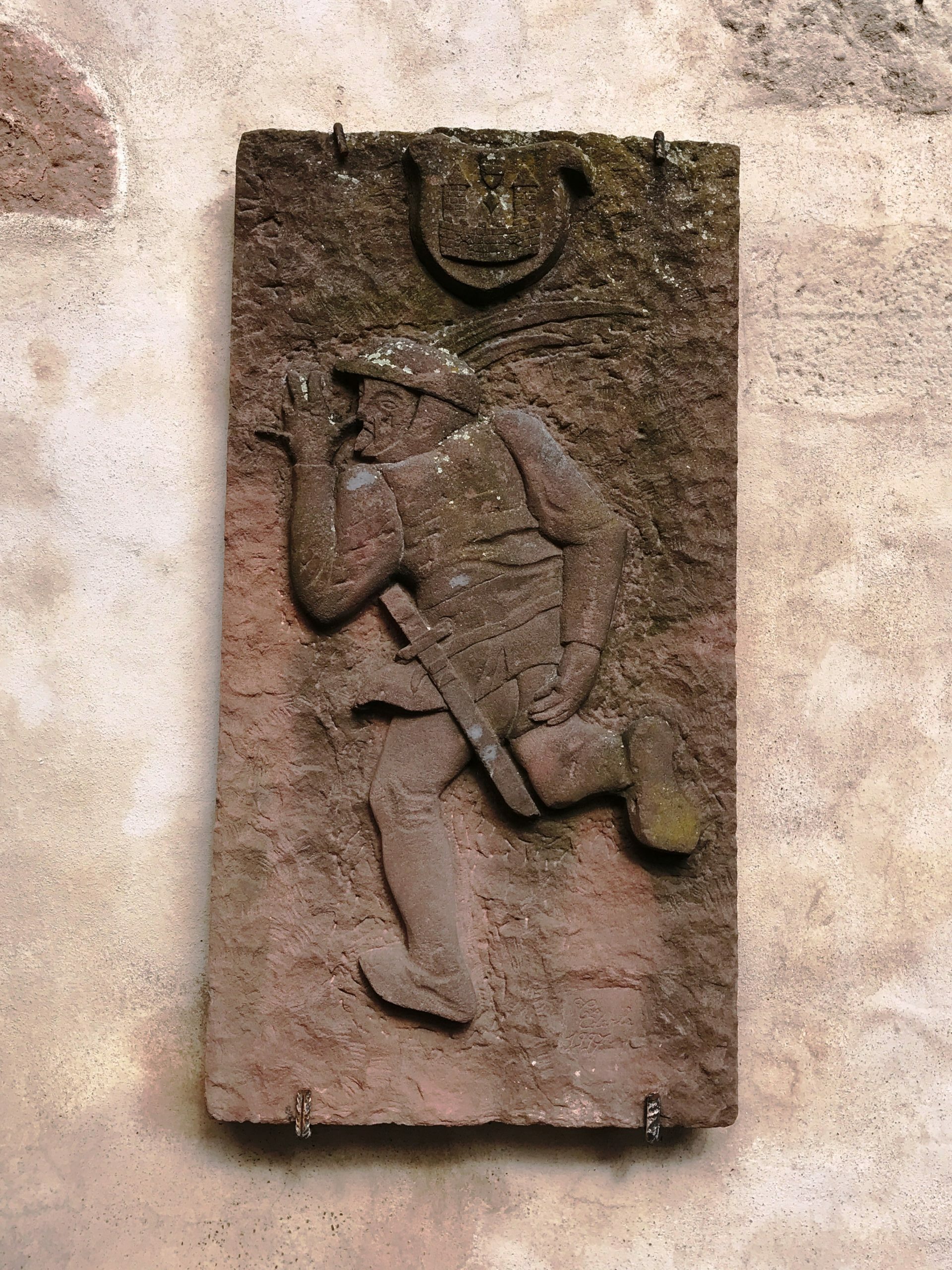 In 1648, by the Treaty of Westphalia, and with the rest of Alsace, the town of Bergheim became French and passed into the hands of various noble families, to finally become the property of the Birkenfeld family, who would keep it until to the Revolution. The city then follows the history of the rest of Alsace.

The high gate of the city and the covered way on the ramparts
this walk allows you to go around part of the city, and to have very beautiful views of the moat, the houses, the towers of the walls, the vineyard and the Haut-Koenigsbourg. The fortifications are well preserved and you can go to the lower entrance to the town and visit the 14th century church. 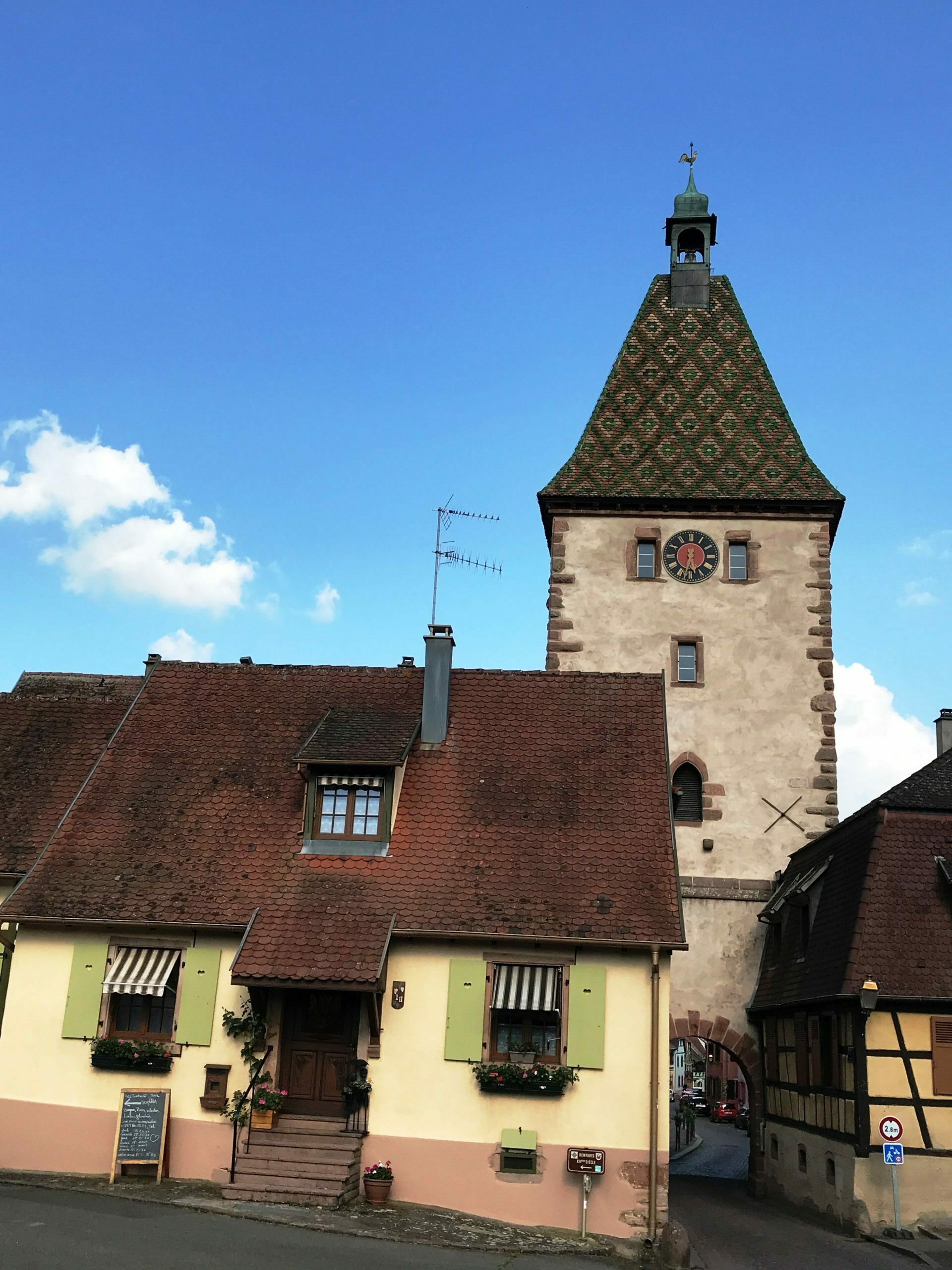 The High Gate
This 14th century gate-tower guarding the western entrance to the town is the only one of the three that still exist.

From the upper gate, take the path that leads to the Promenade des Remparts . 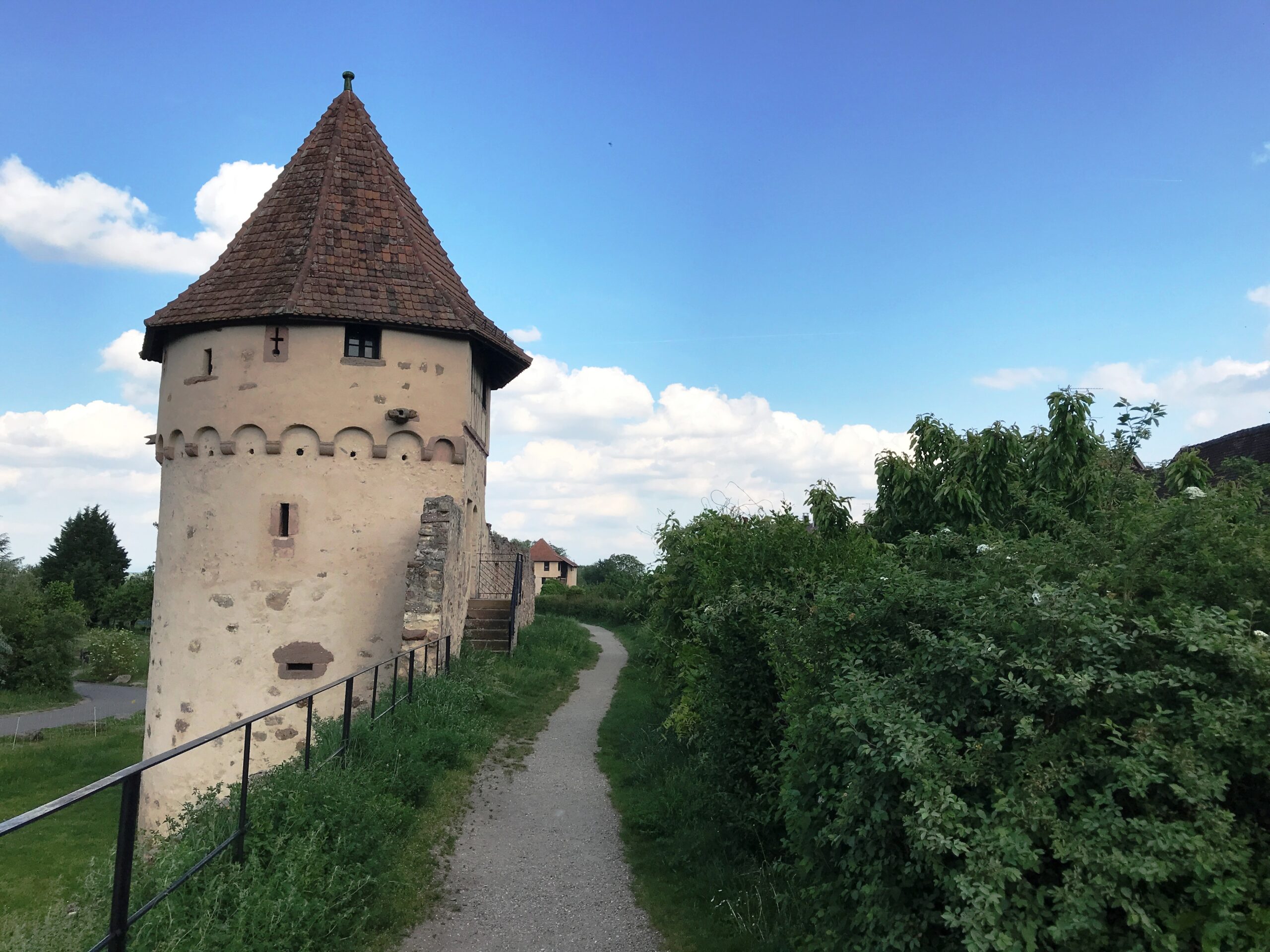 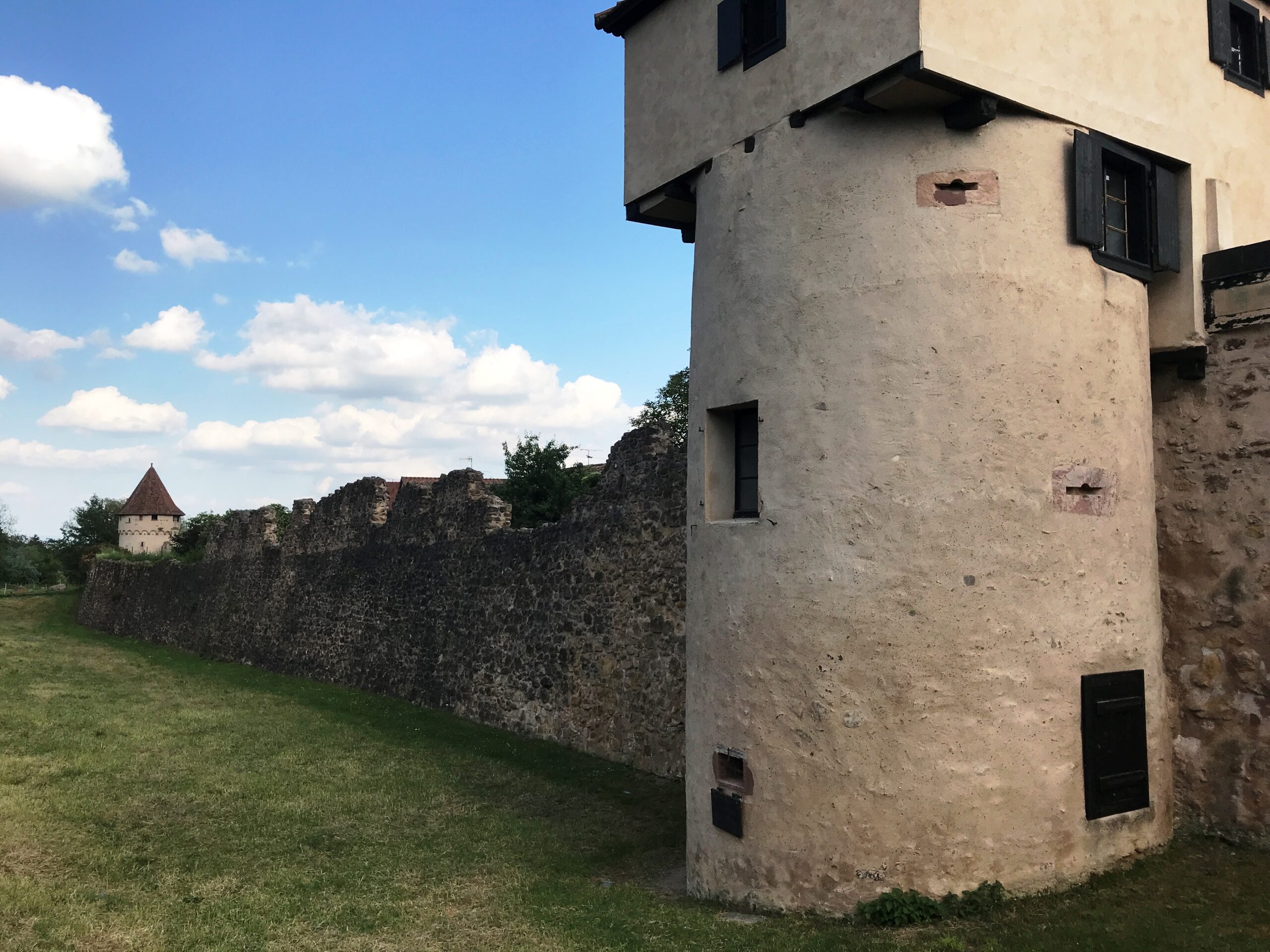 Ramparts walk
This walk allows you to go around part of the city, and to have very beautiful views of the moat, the houses, the towers of the walls, the vineyards and Haut-Koenigsbourg. The city’s fortifications consist of a well-preserved double enclosure, with its ditches and walls flanked by towers, some of which have been converted into living quarters. 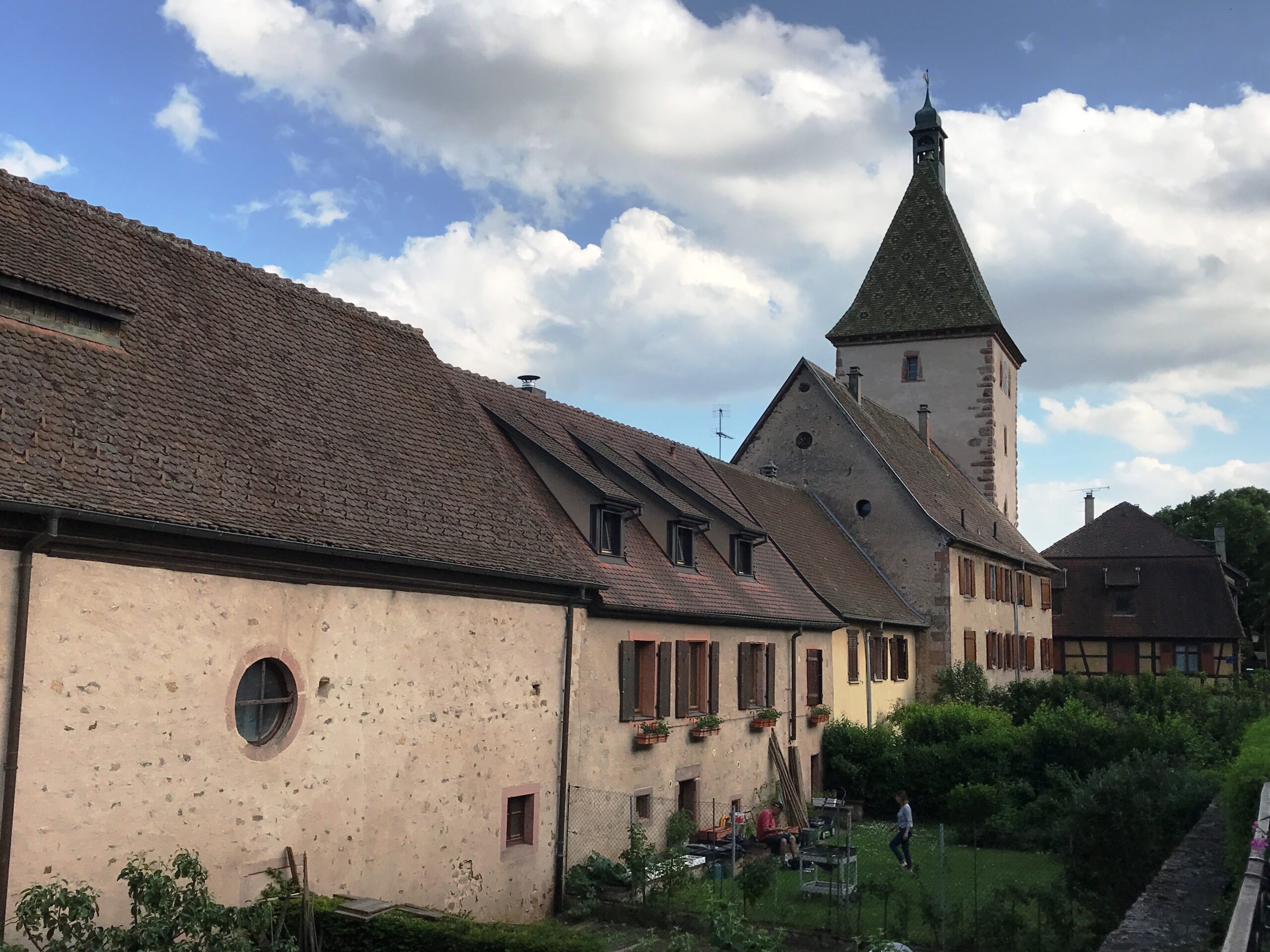 the church
Its construction dates from the 14th century, following the fire of the previous one. 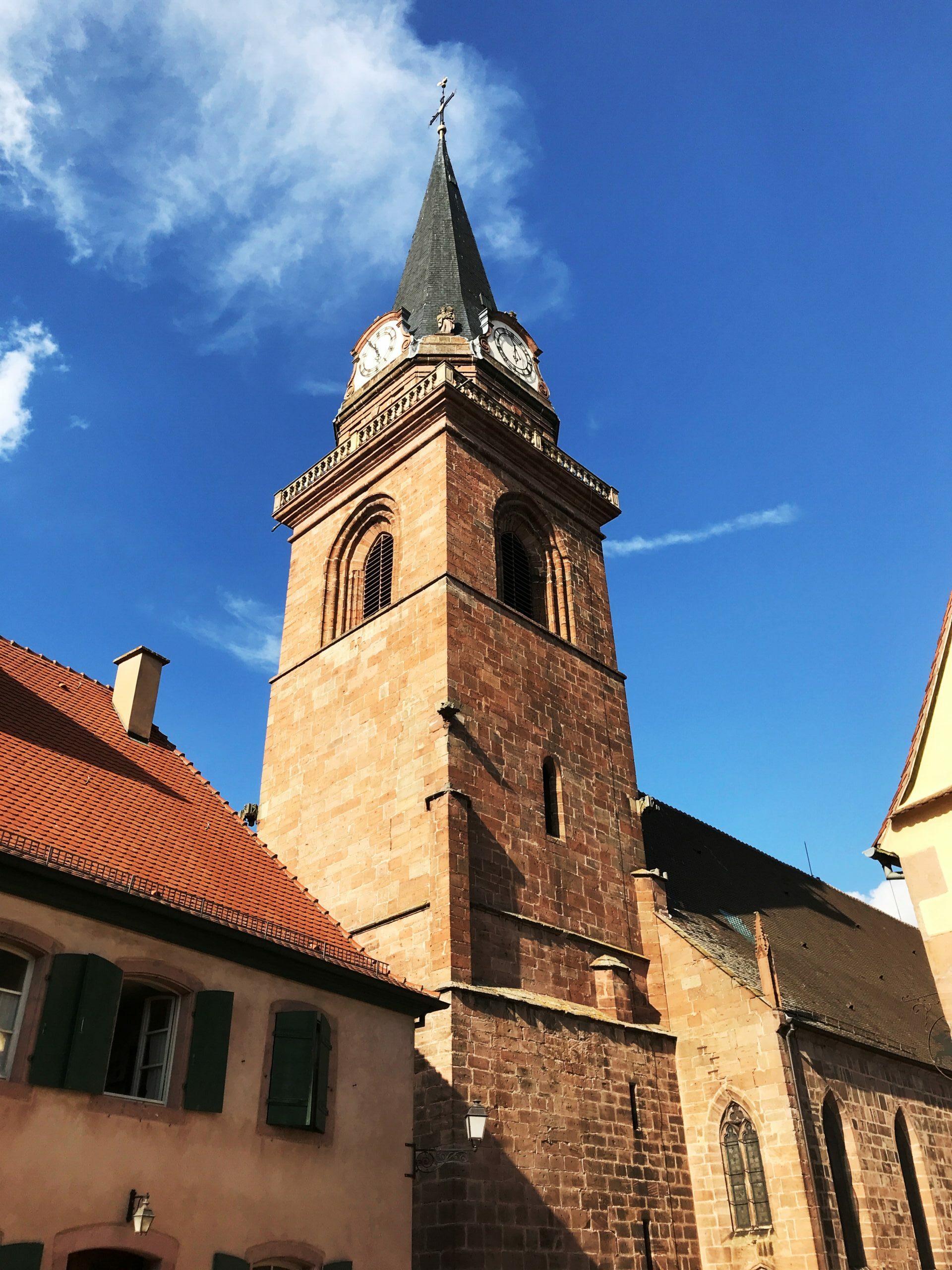 It underwent several modifications over time, the most important of which took place during the 18th century, in particular the upper part of the bell tower and the interior. 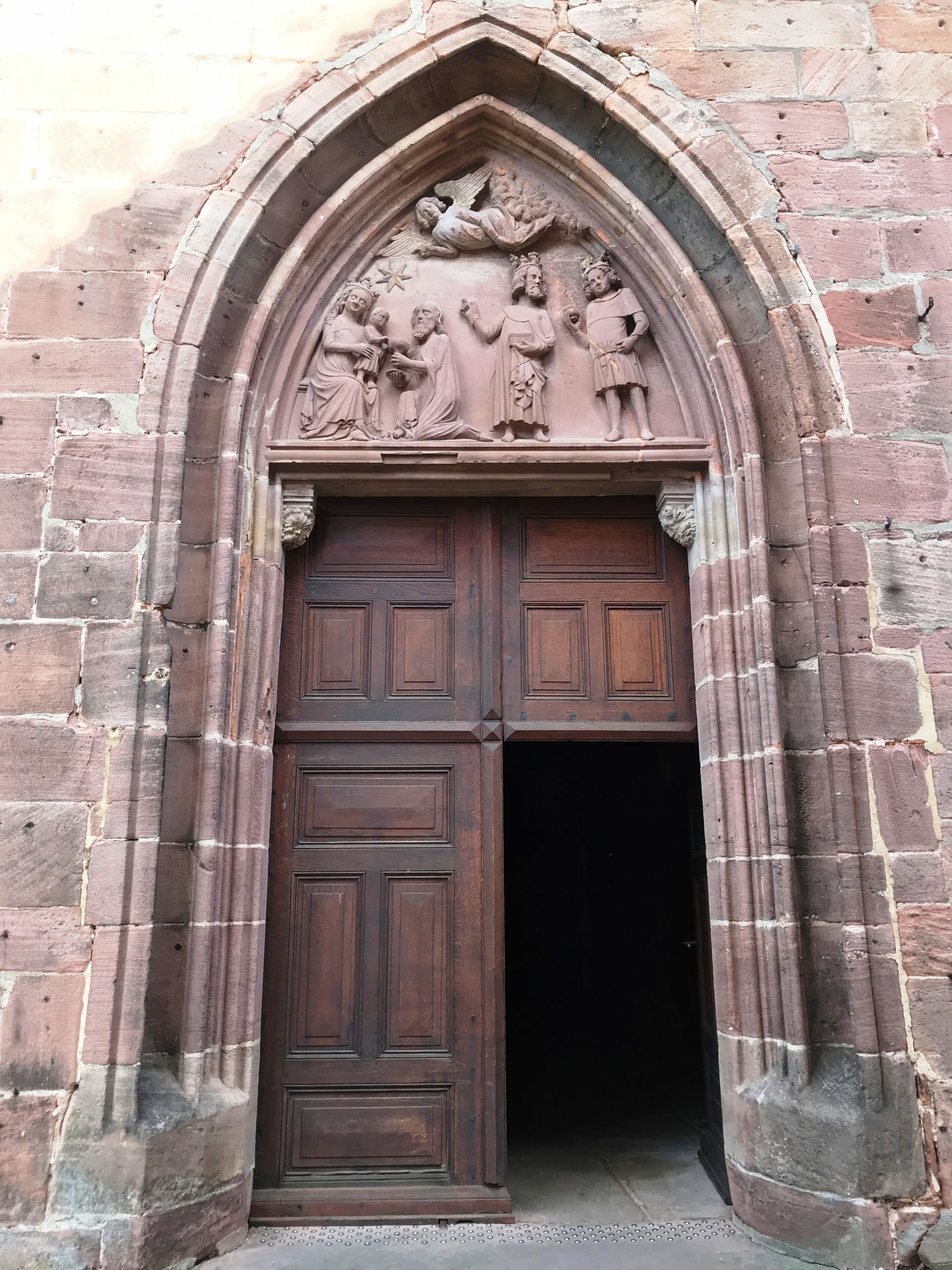 The entrance portal presents a beautiful adoration of the Magi.
Inside, you can admire several beautiful frescoes (symbols of the Evangelists, Saint George slaying the dragon, a crucifixion, etc.). The nave was covered with a ceiling and the arches rest on Tuscan columns (1718).

Walk in the city
From the church, go through the Grand rue, then stroll through the small streets of the town, where you can admire superb houses. 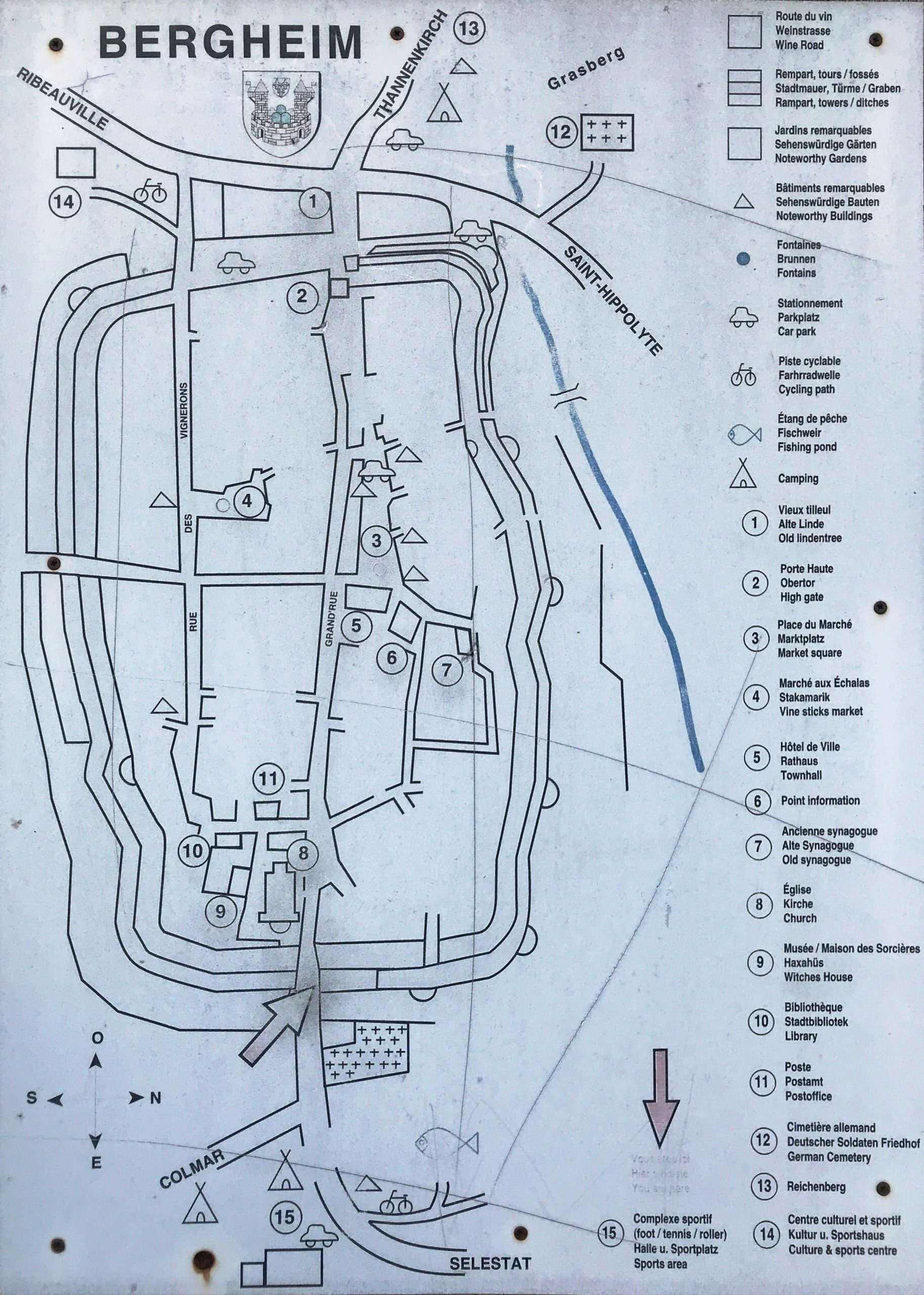 Go through the rue de la Cigogne, the rue des Chevaliers, and the rue des Juifs where the 1862 synagogue is located (Bergheim was home to one of the largest Jewish communities in Alsace until the 20th century).

Market place
The old Place d’Armes, bordered by the town hall and beautiful houses has recently been renovated (2021) 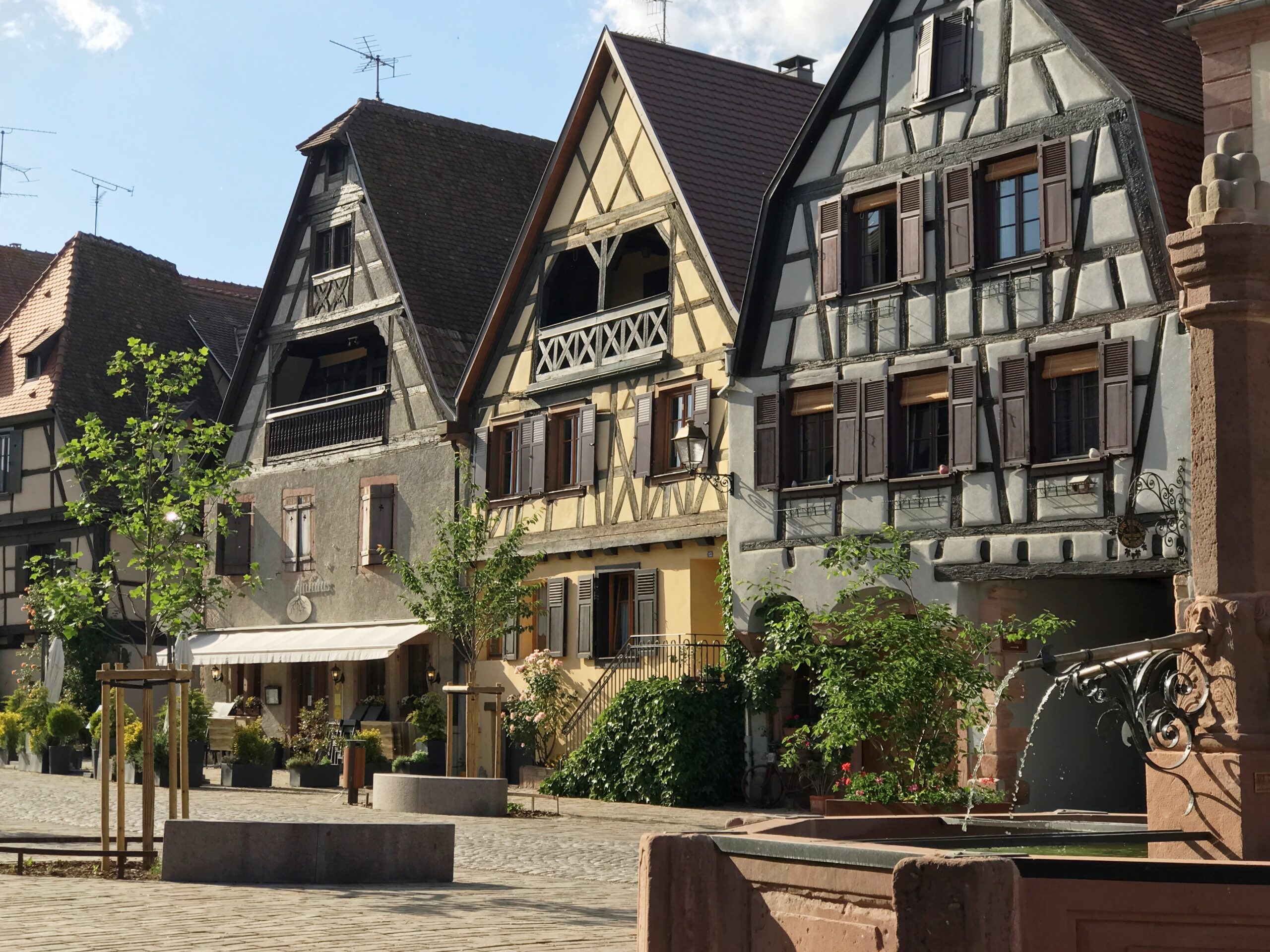 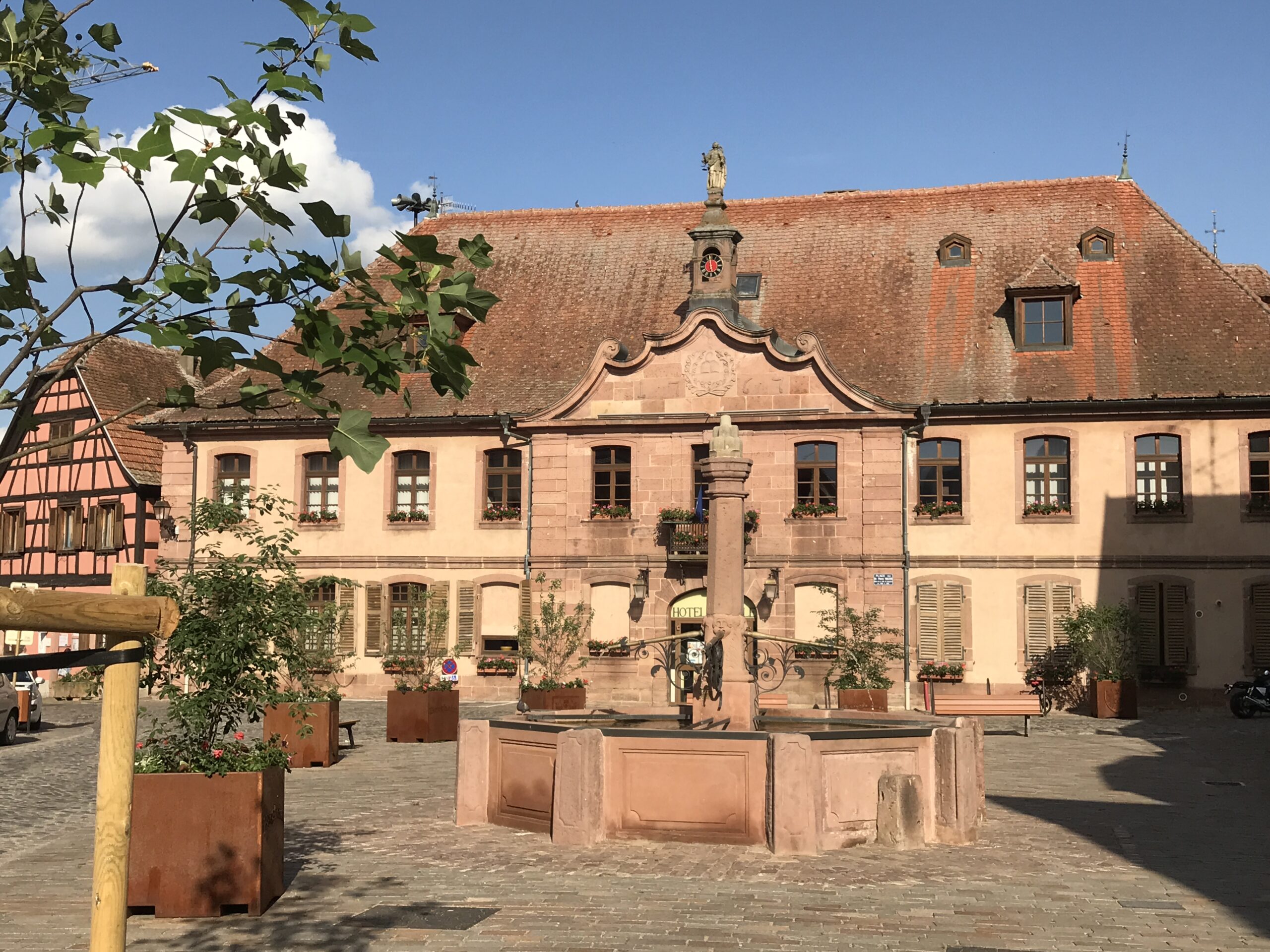 On the square, a fountain, in sandstone and ironwork, bears at its top one of the symbols of the city, which can be found on its coat of arms, the representation of the Berg (hill) of Bergheim.

High Street
Very beautiful houses line the main street of the town and this is where the old washhouse is located. 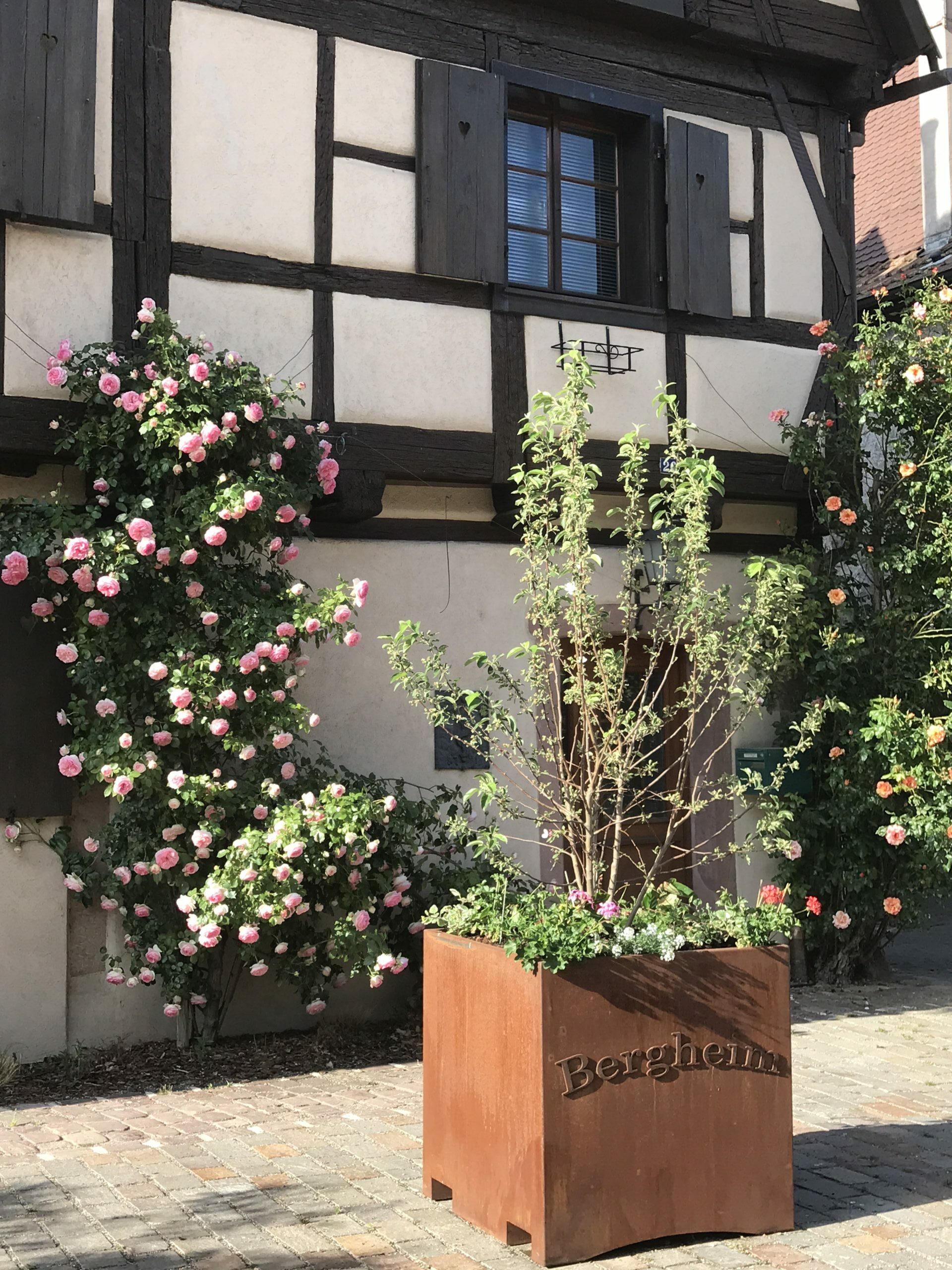 Since May 2022, Bergheim is part of the “Most Beautiful Villages of France”.

See the Carte and the Menus in 11 languages… 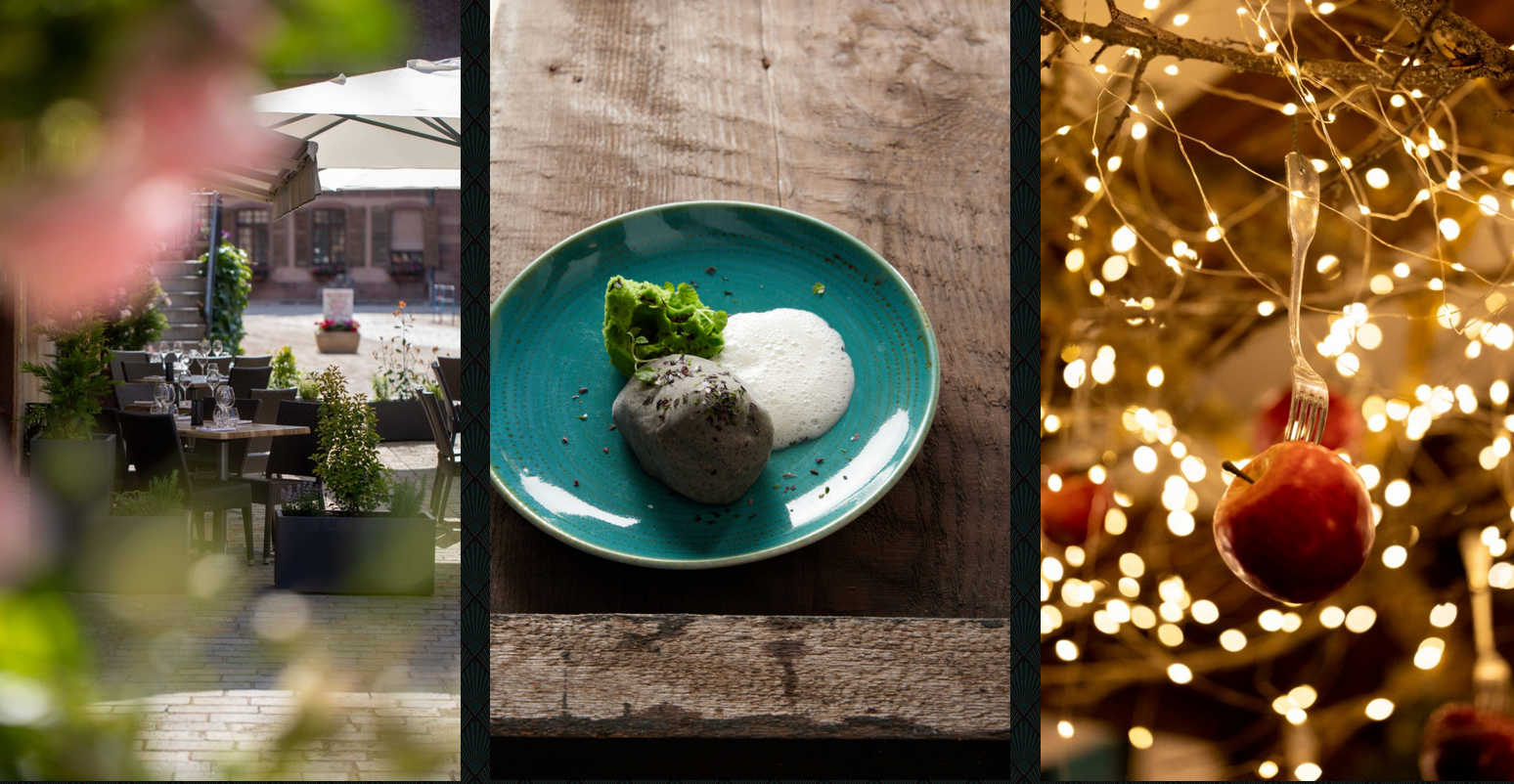