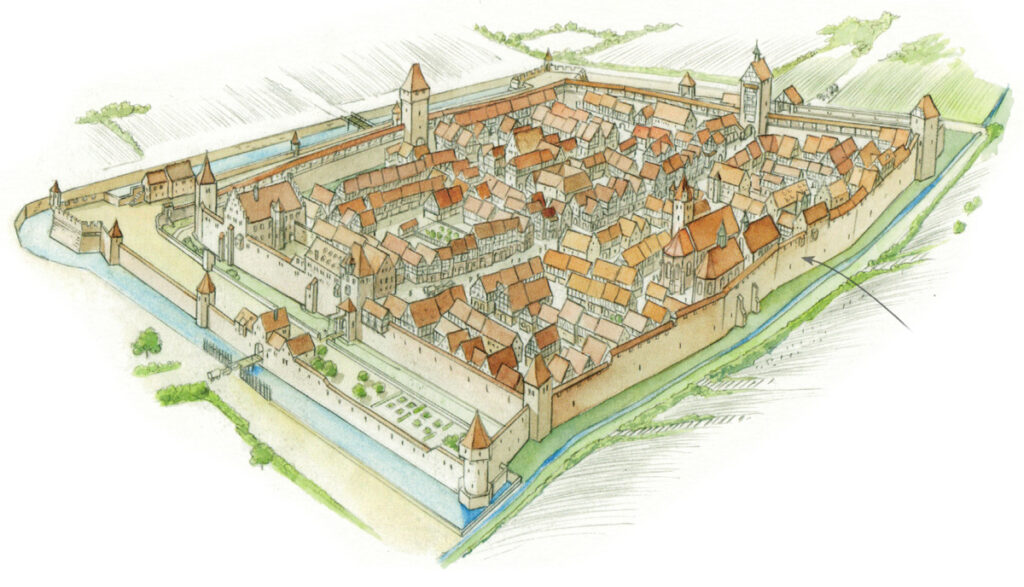 Riquewihr takes its name from its first owner in Roman times, “Riko”, who realized the potential of the land. From the name of his domain “Richovilla”, the name of the city will become “Richovilare” then Riquewihr. 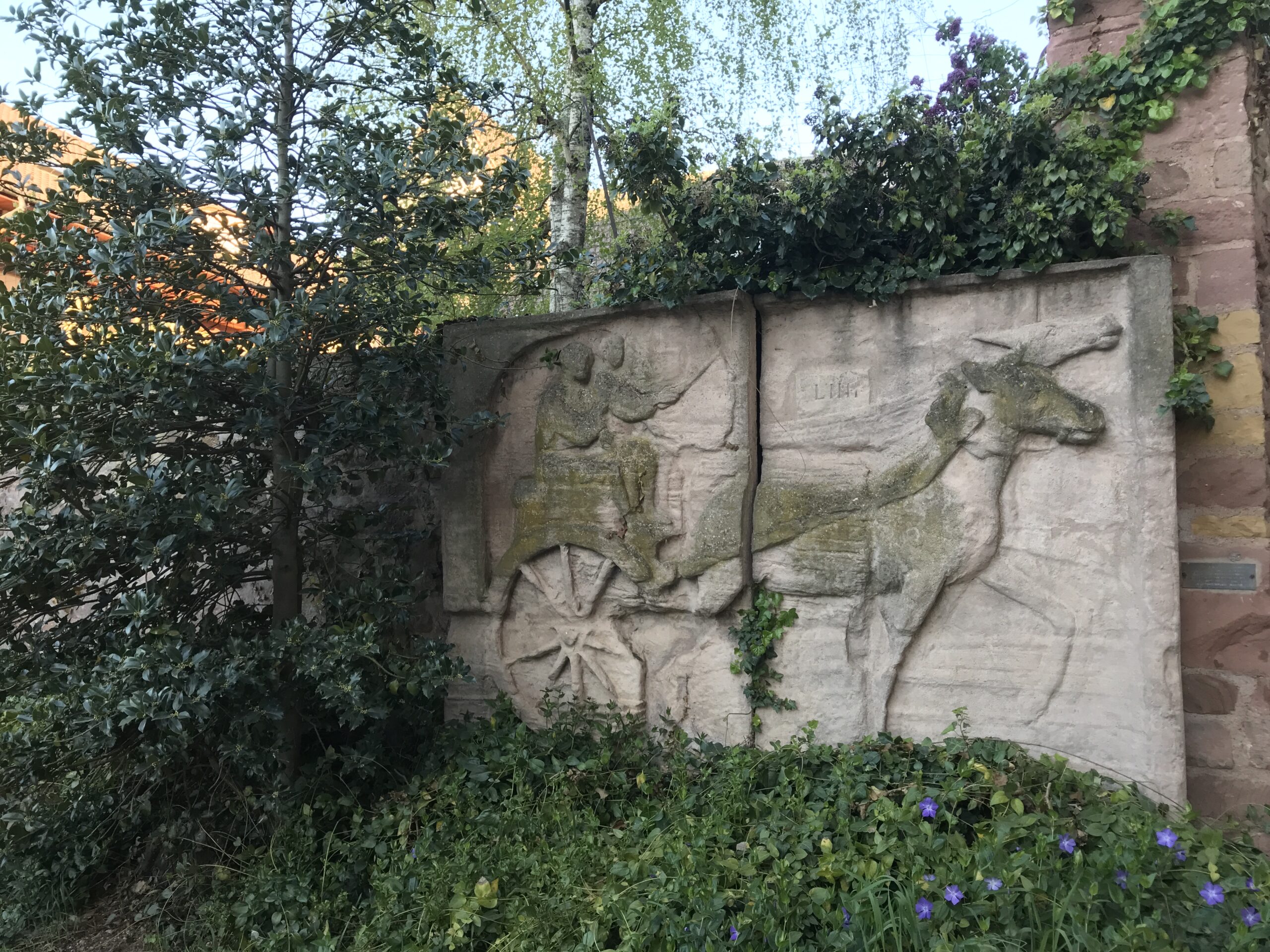 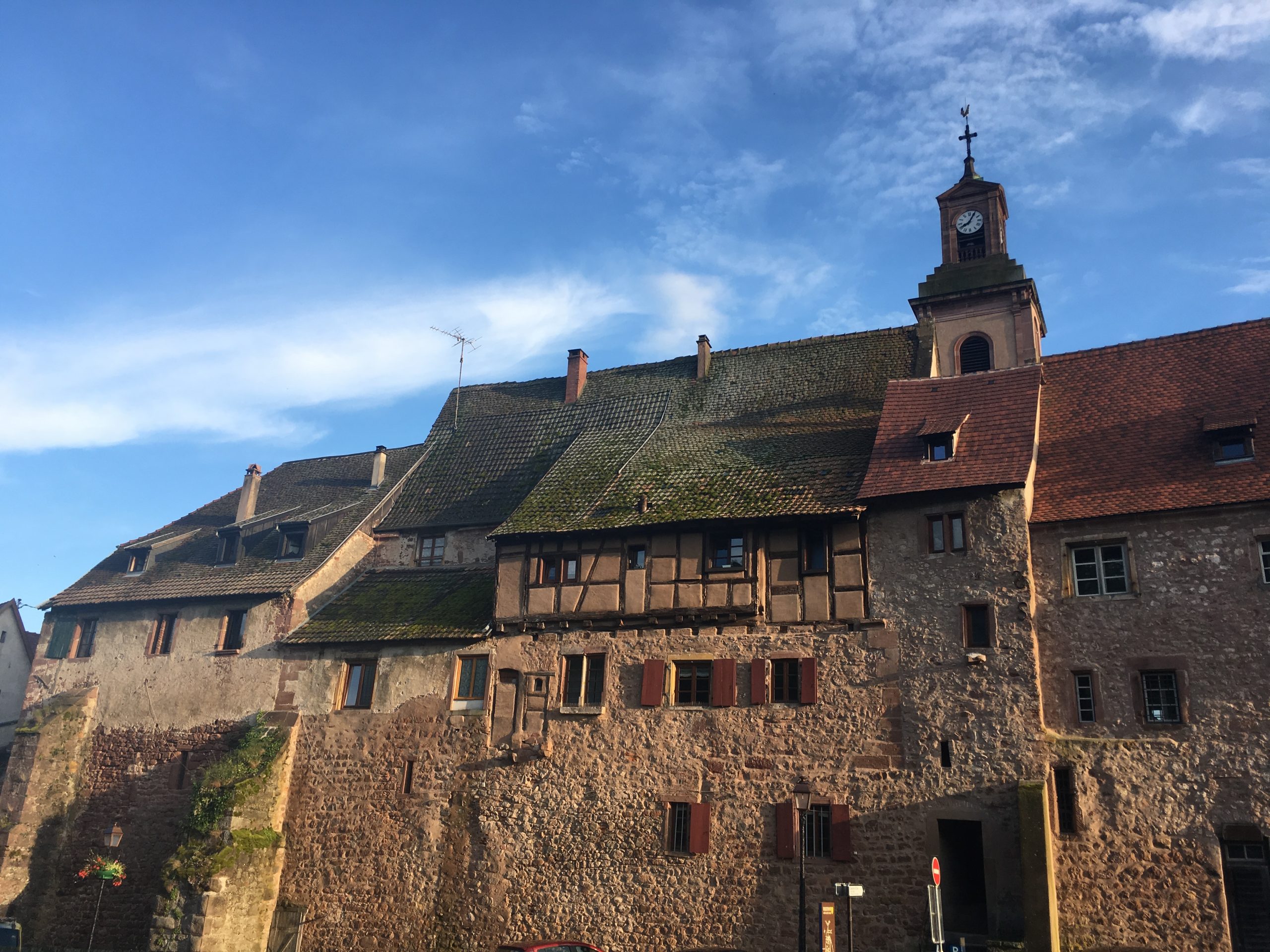 The city remains in the lordship of Horbourg-Riquewihr until the Revolution. The golden age of the city is in the 16th century, a period during which it grew rich thanks to the vineyard. The city was attached to France in 1796. The city suffered little damage during the two world wars, which explains its extraordinary state of preservation. 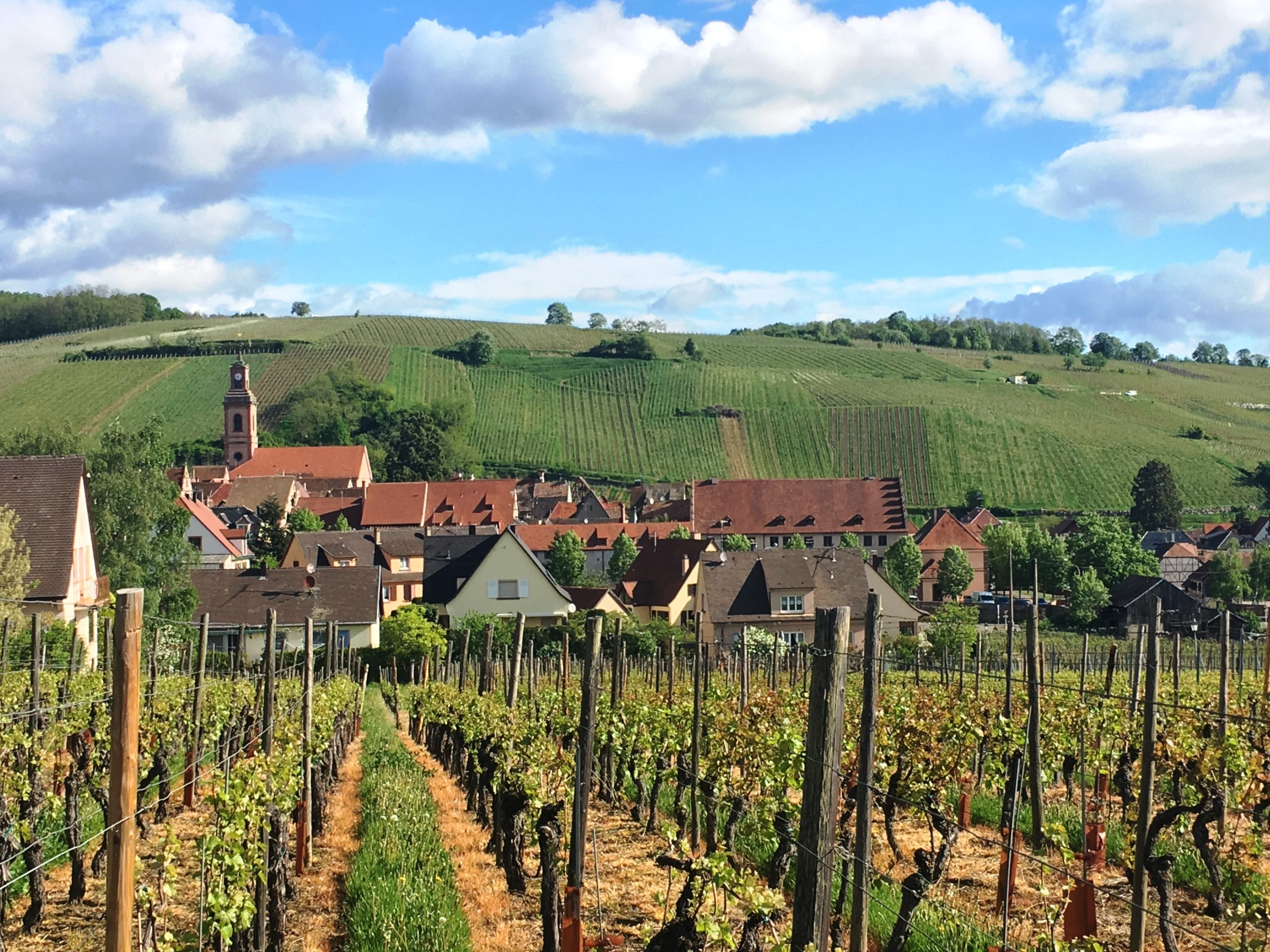 Riquewihr is one of the best known villages in the region, and probably the most visited. Its location in the middle of the vineyards gives it a crazy charm. The village obviously has many half-timbered houses, superbly displayed and decorated with flowers, and the very well-preserved ramparts surround this pearl of the vineyard.

Approach the town from below and walk up the main street: rue du Général De Gaulle.
This street which goes from the town hall (dated 1808) to the Dolder (former belfry of the town), is lined with magnificent Renaissance and half-timbered houses. 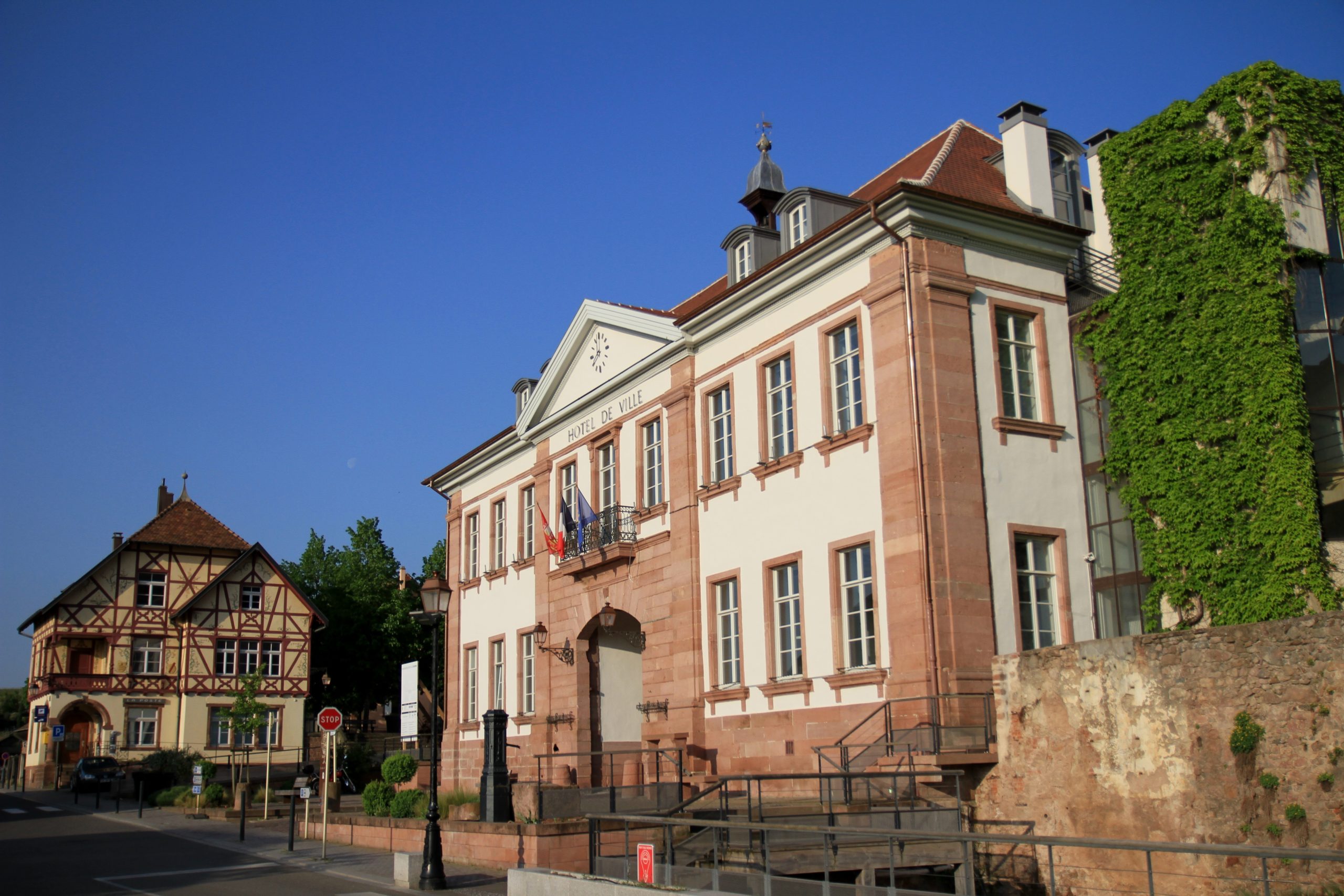 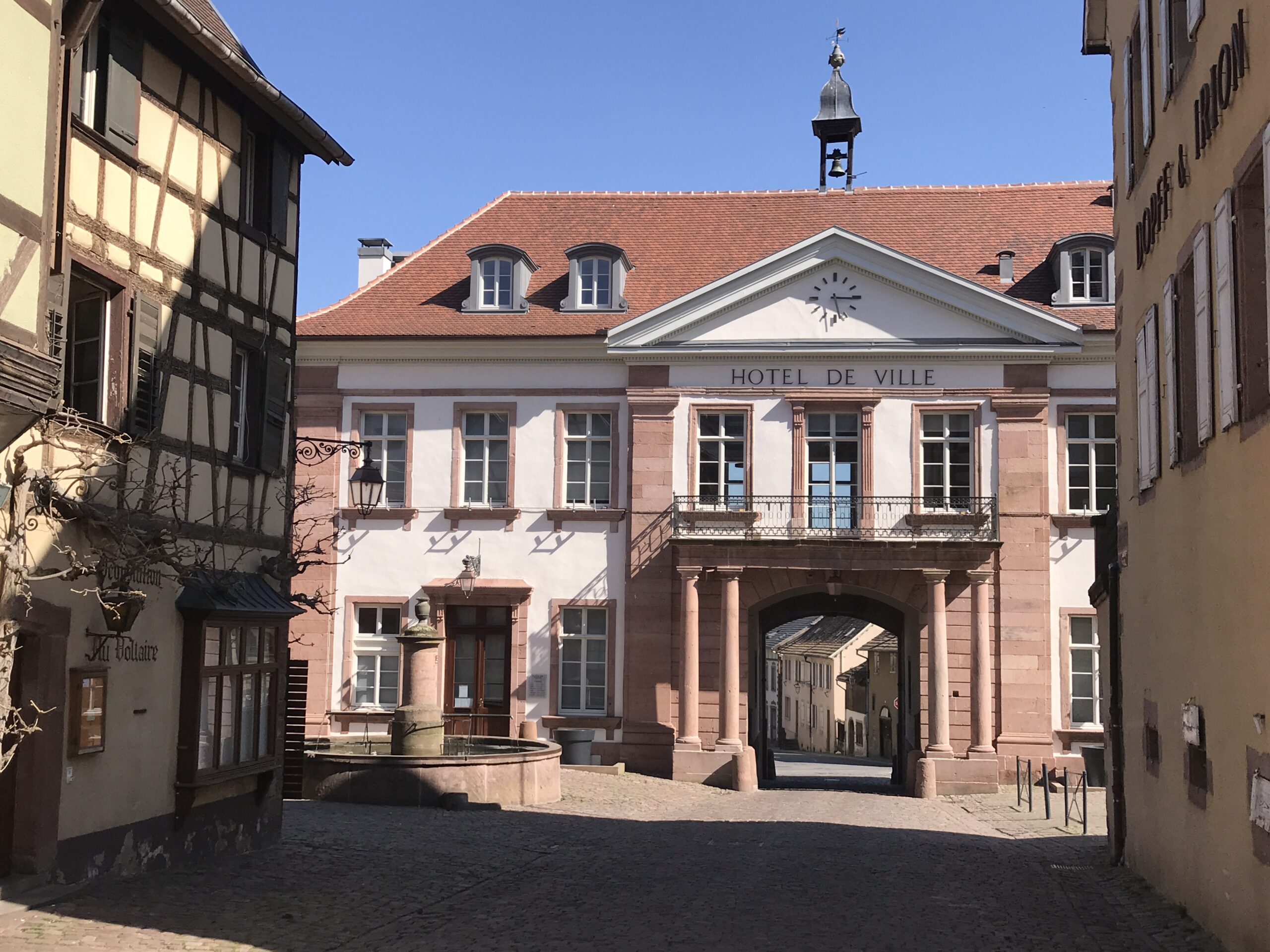 Note at n°13, a beautiful house with oriel windows from the 16th century and at n°14 the one which is said to be the tallest half-timbered house in Alsace. 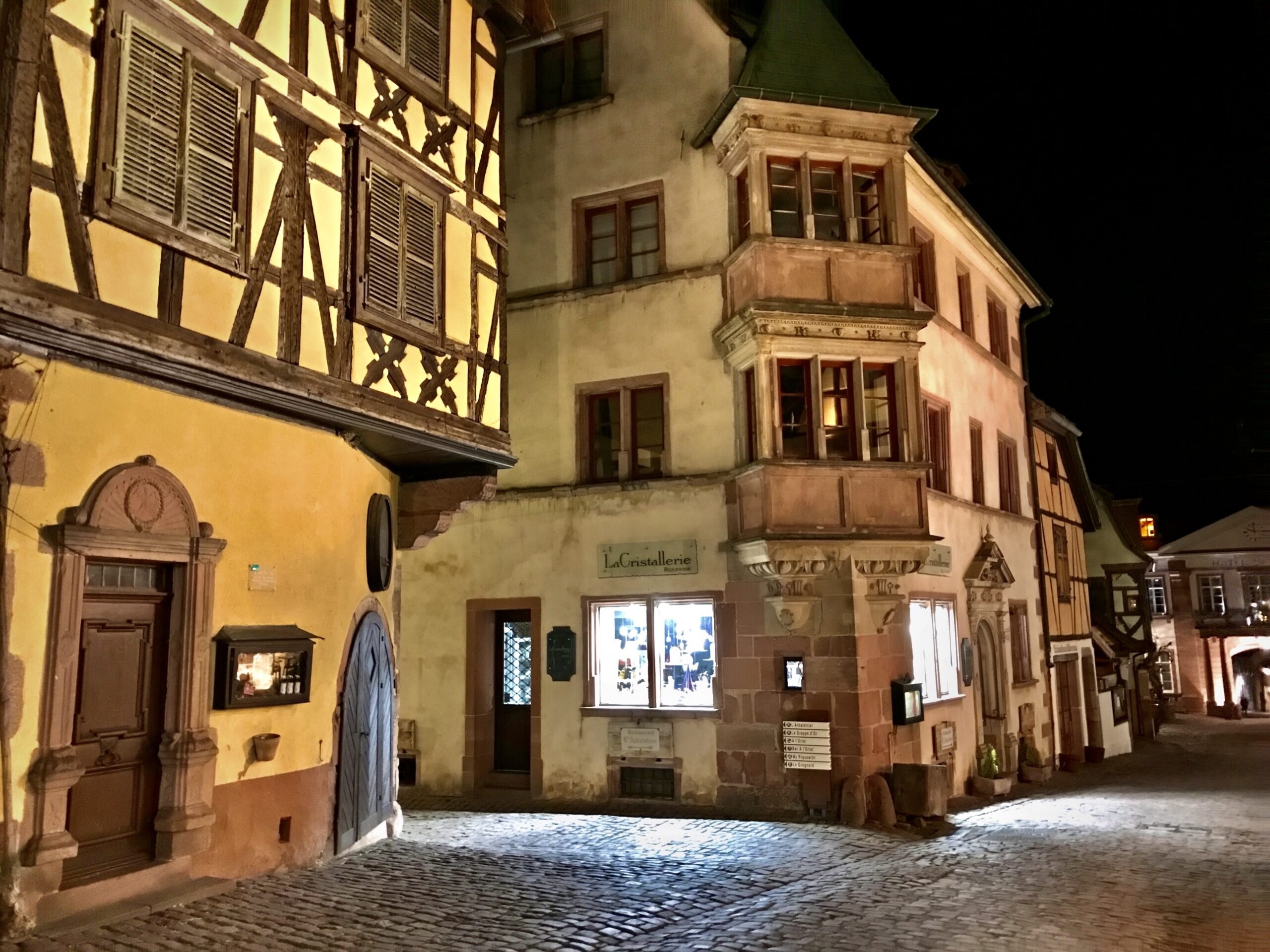 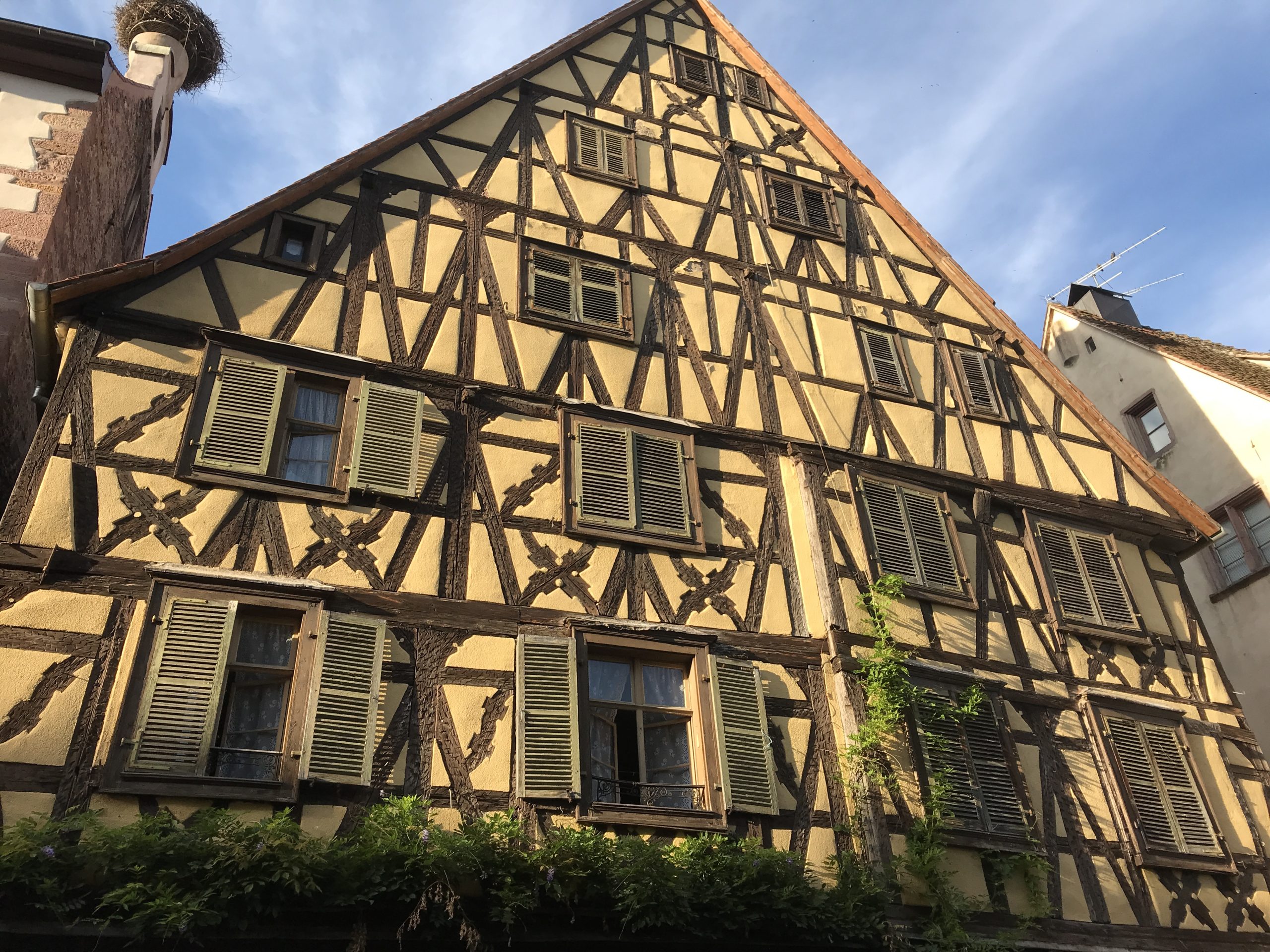 Other very beautiful houses, often very flowery, are on your way to the Dolder.

Take on your left in the rue de la Couronne 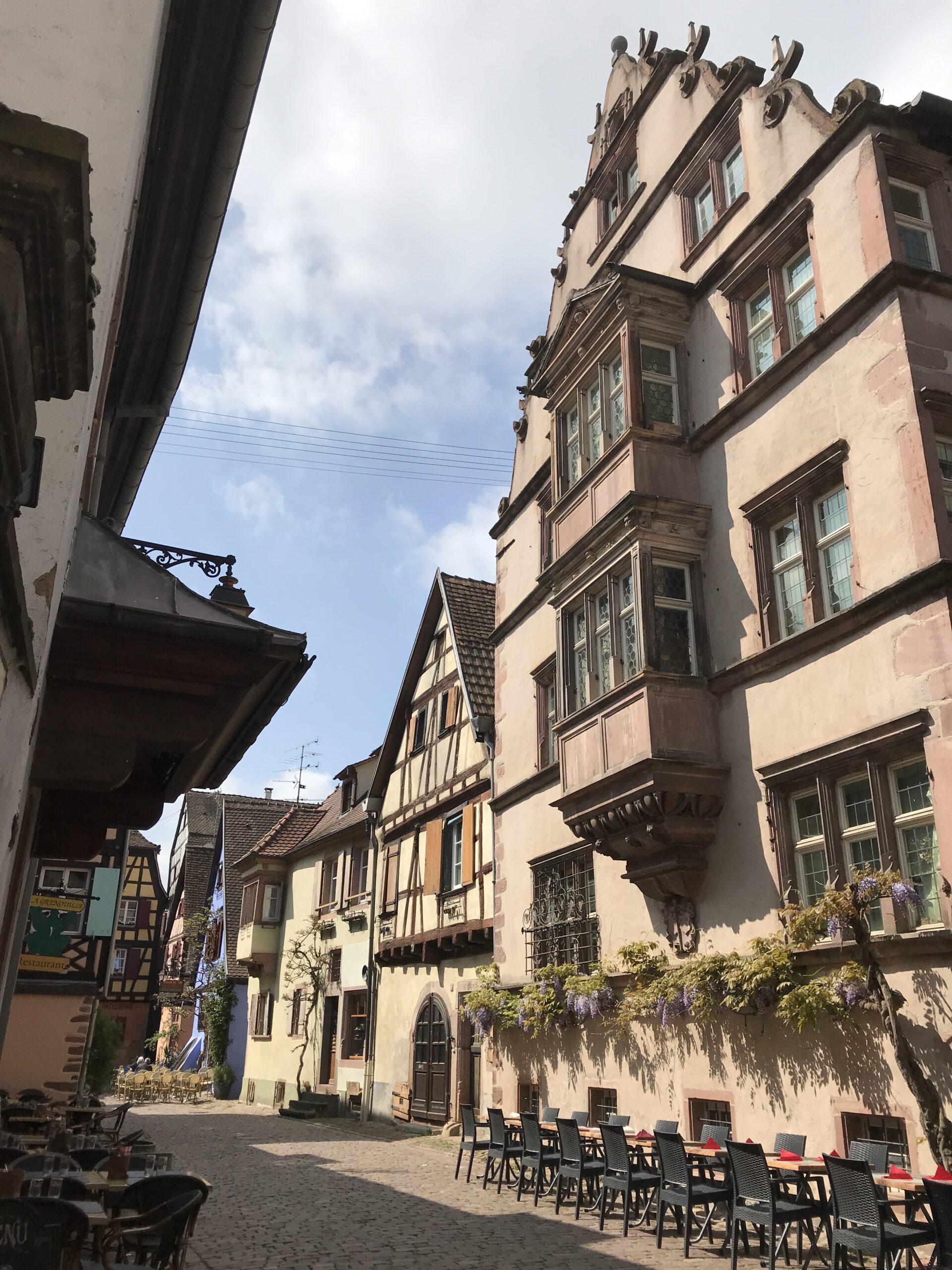 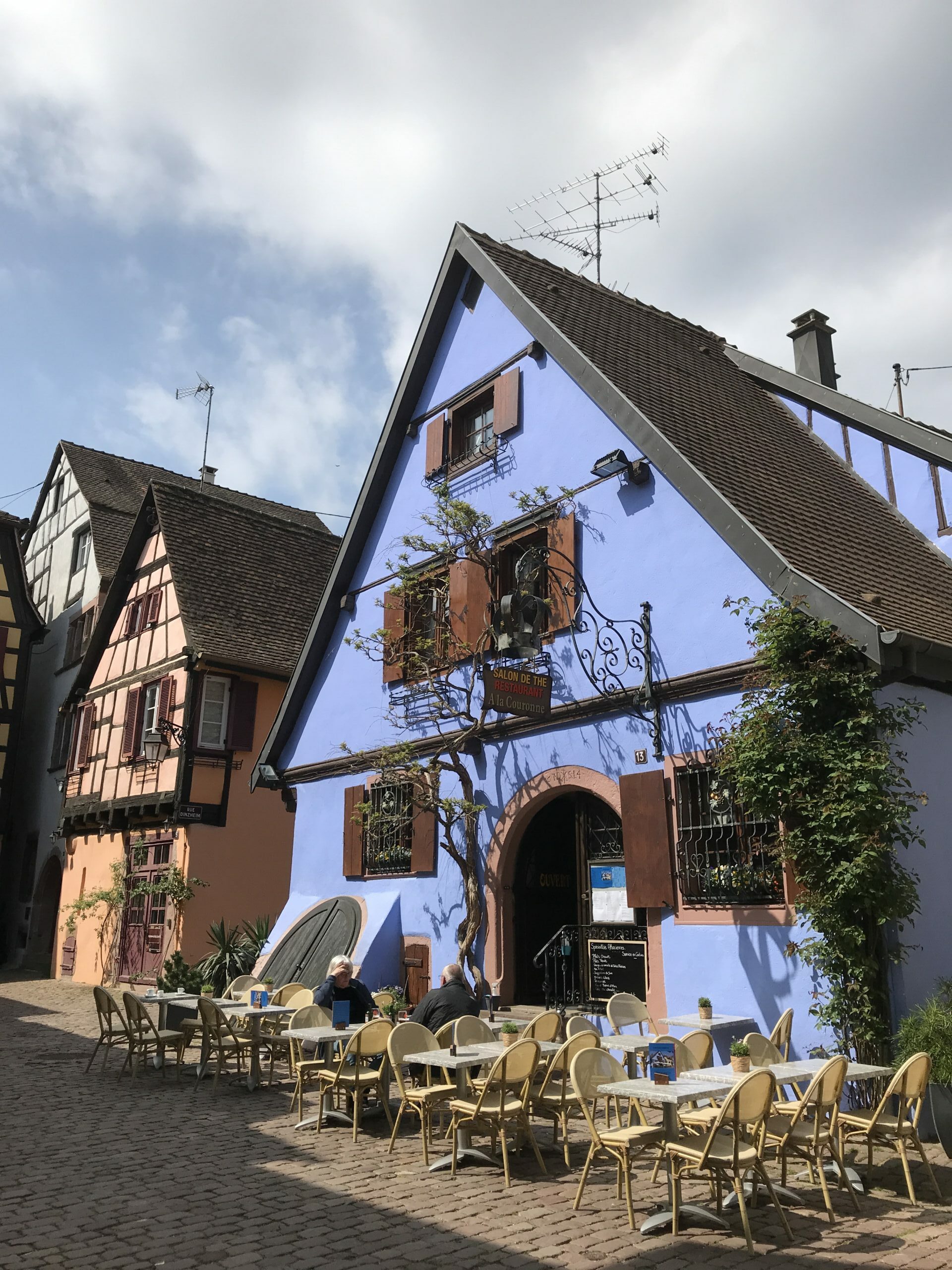 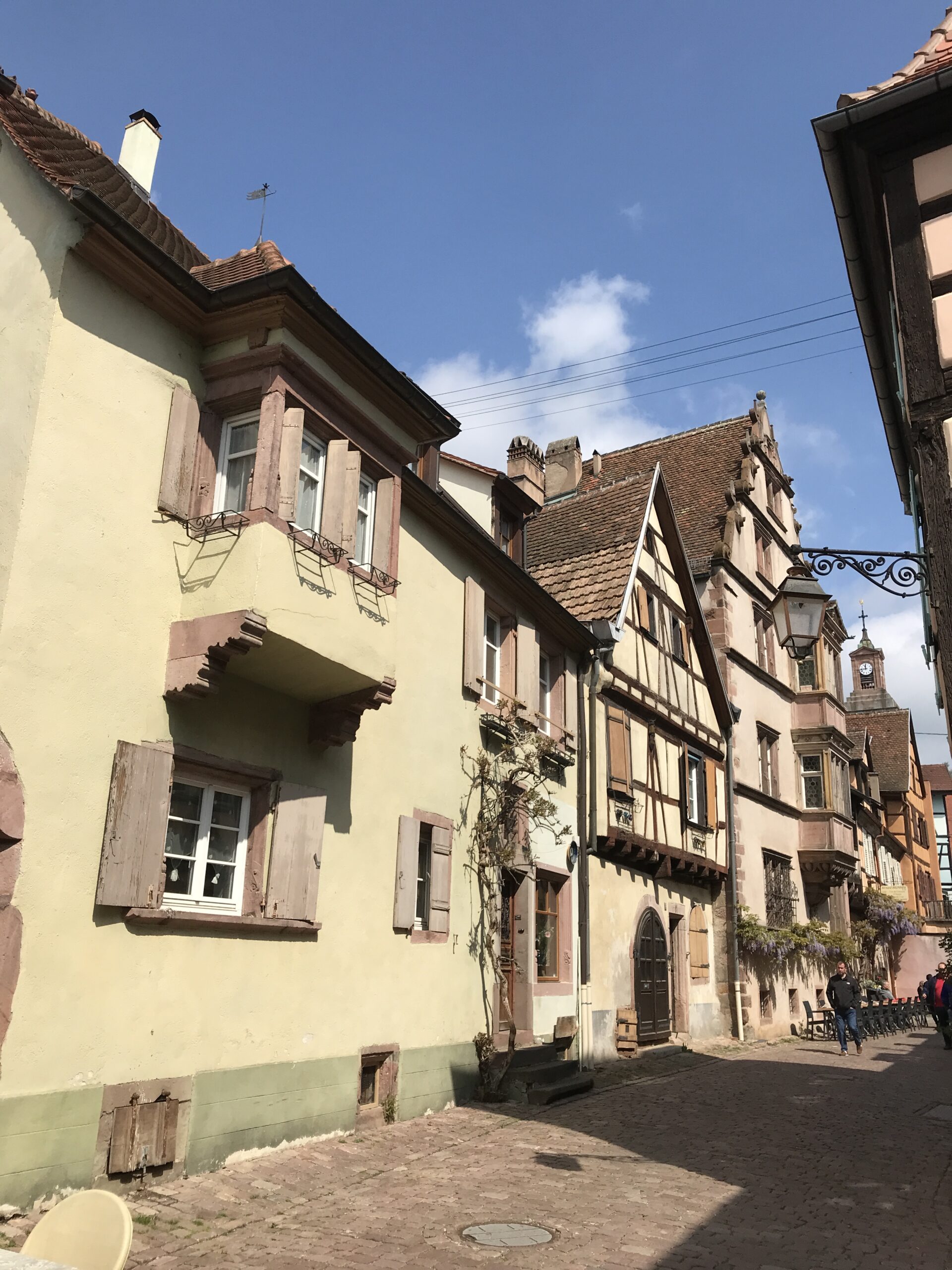 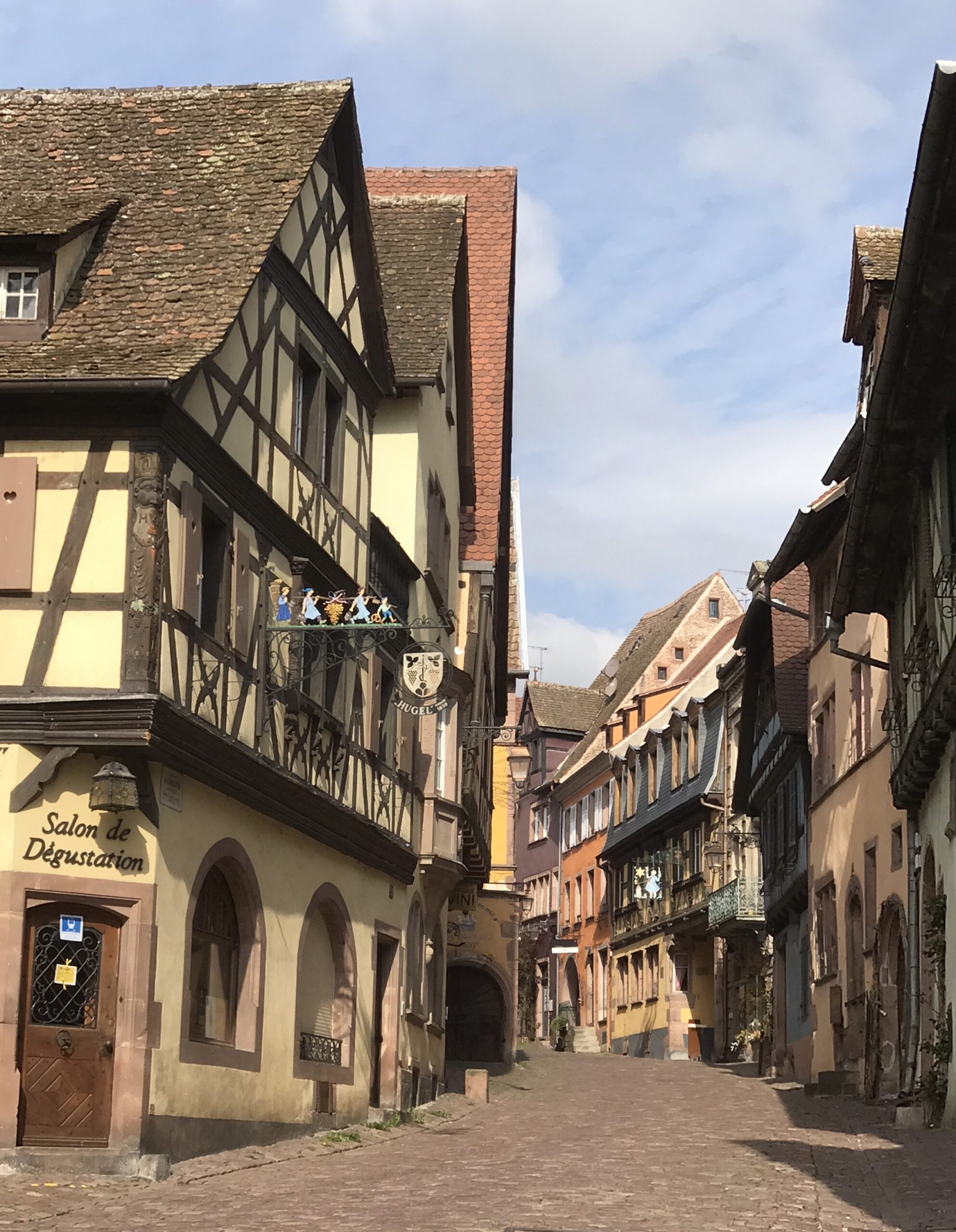 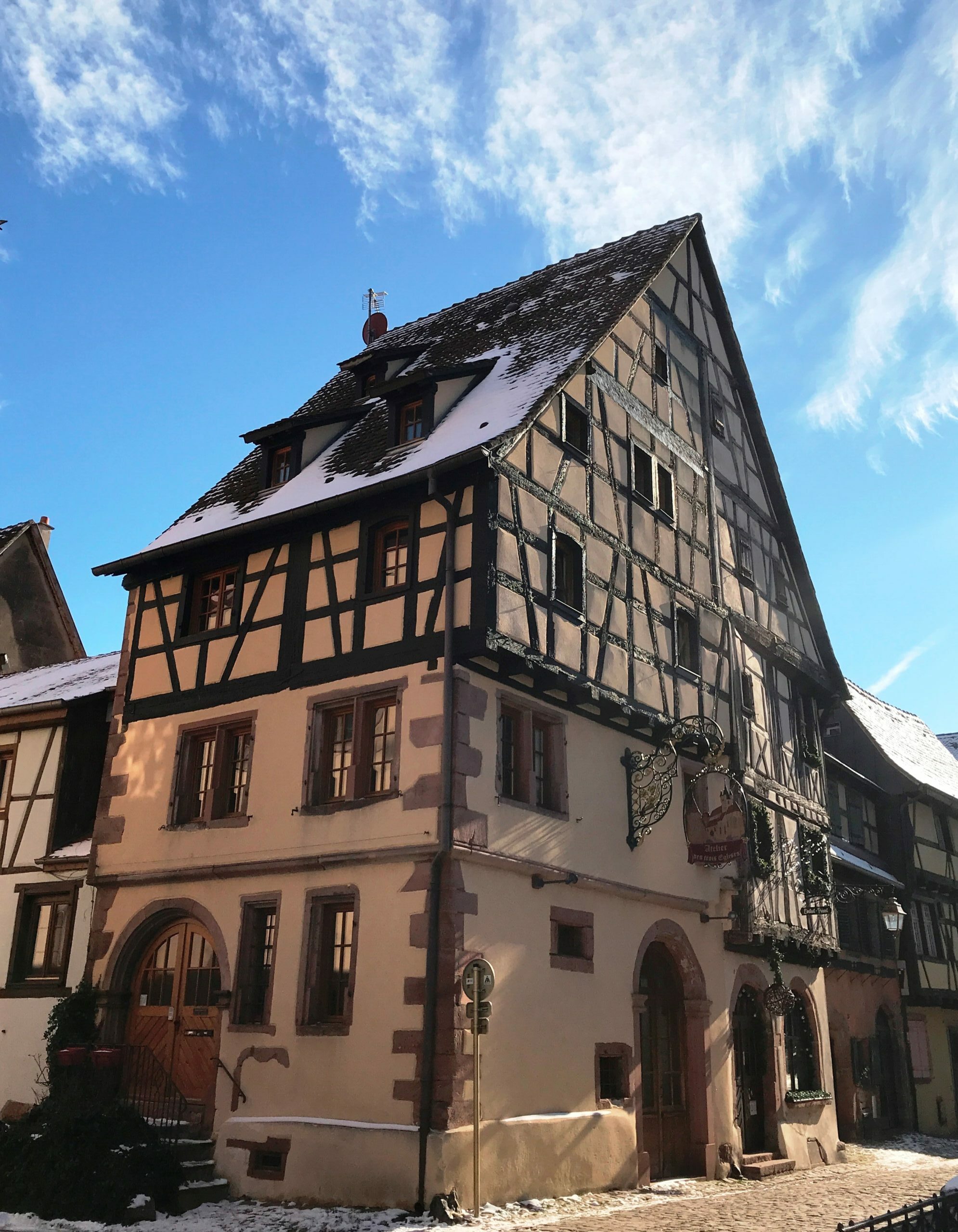 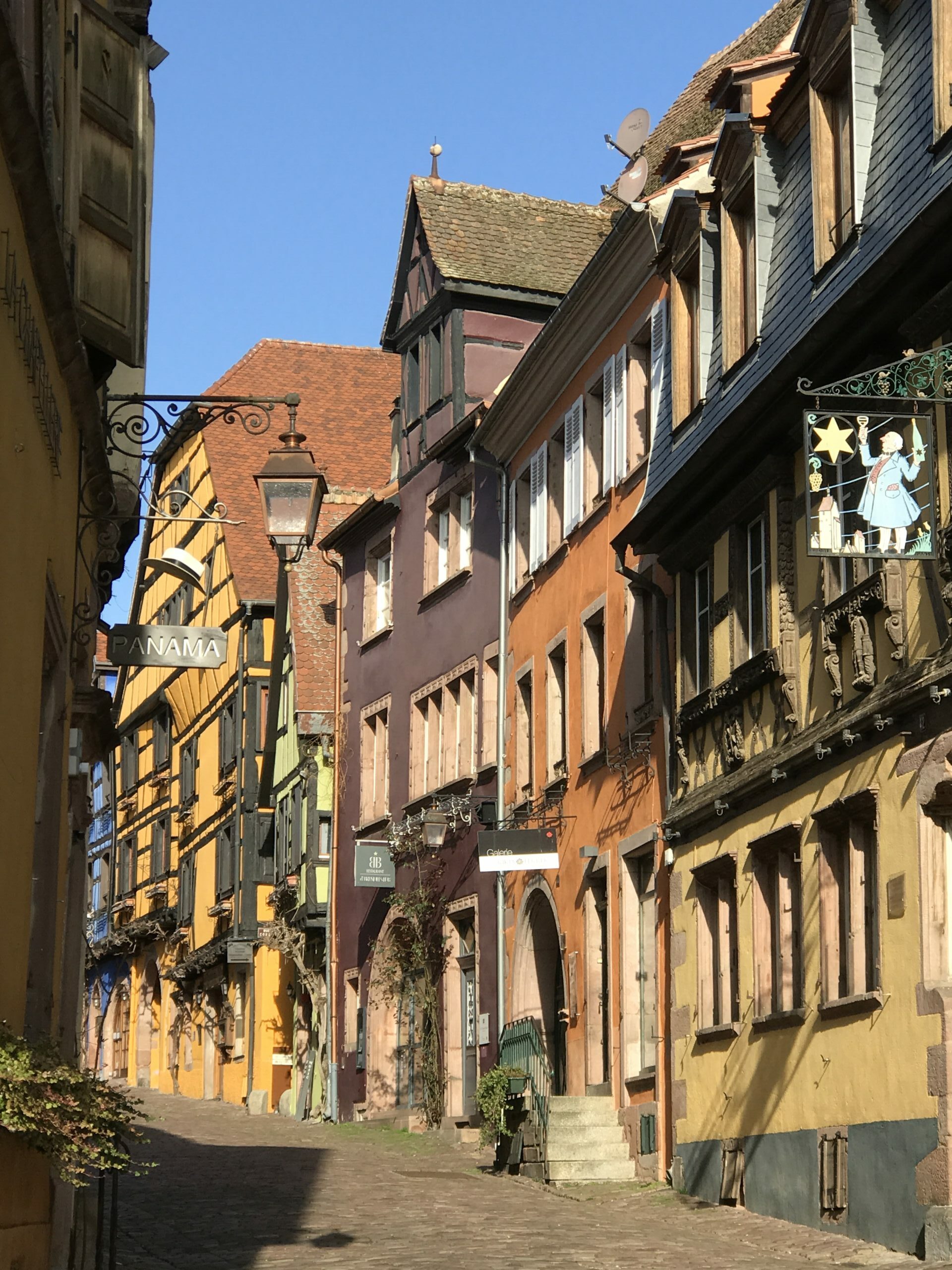 The old belfry built in 1291 which dominates the city from its 25 meters high.
It now houses a city museum (paid access) presenting objects from the life of the inhabitants of the city such as a ceremonial mace of the master coopers or a drinking horn. 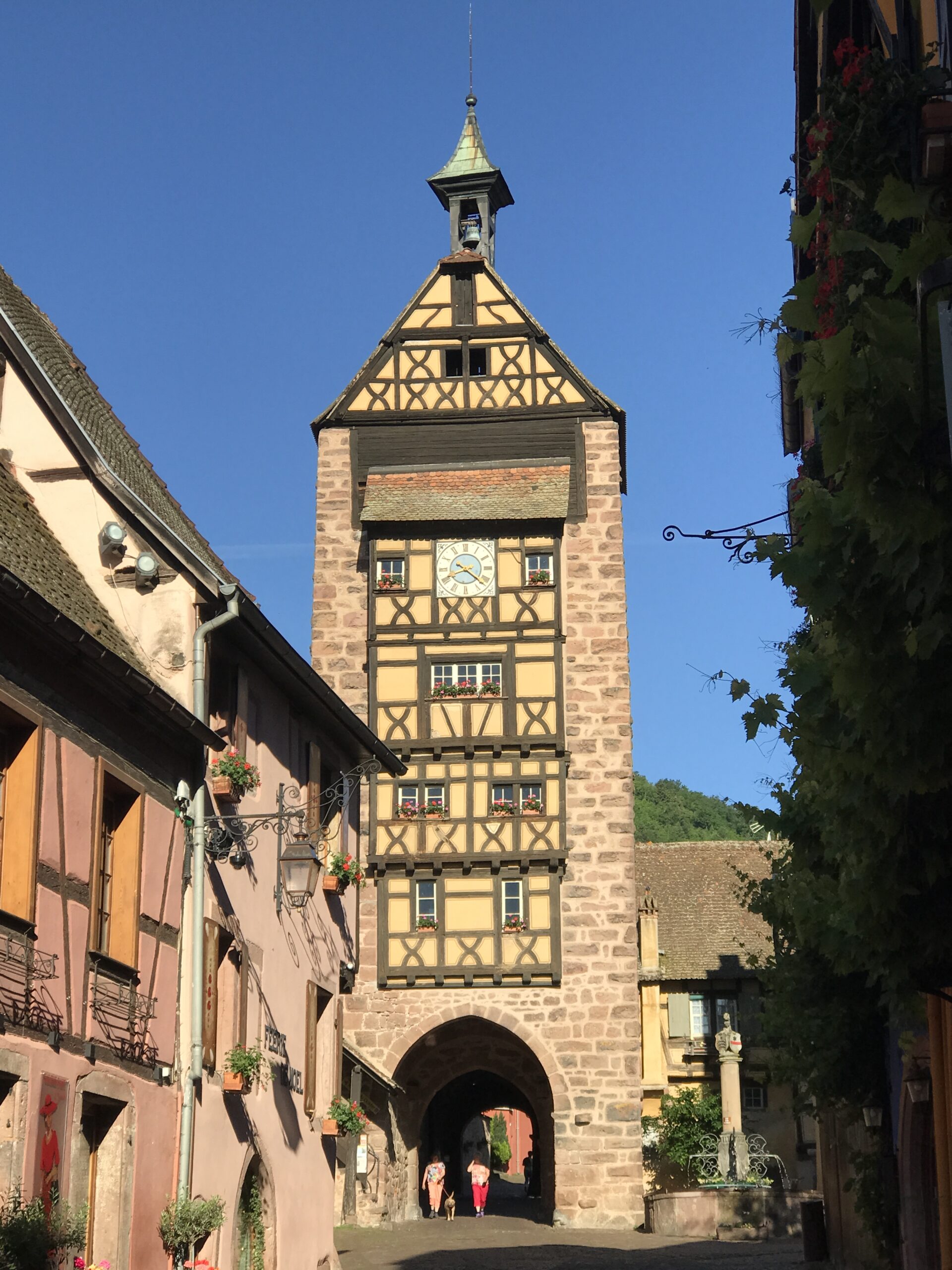 Cross the Dolder and exit the city. From there, there is a fine view of the ramparts and its very well-preserved drawbridge, surmounted by the city’s coat of arms. 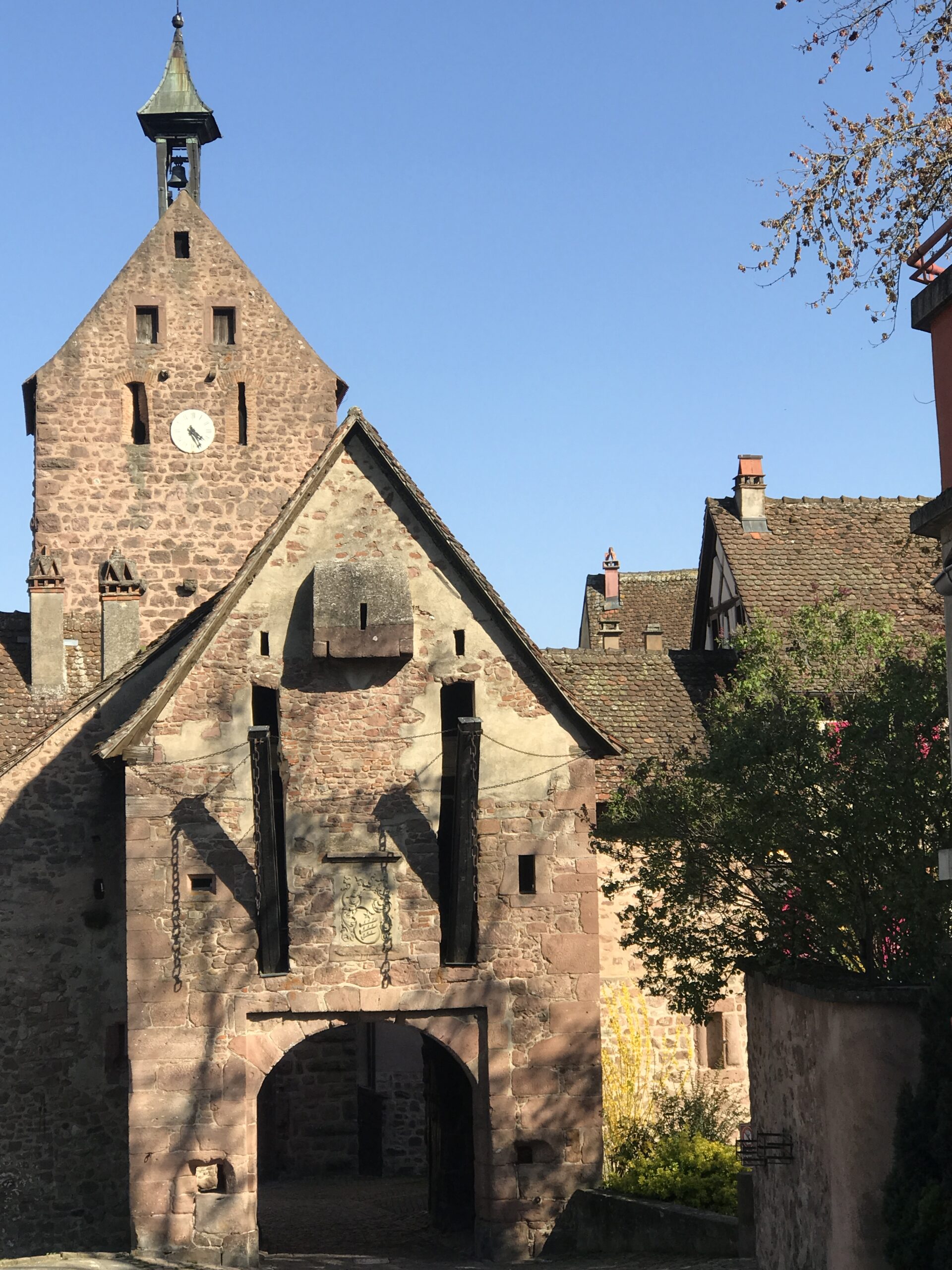 A view of the upper door of Riquewihr 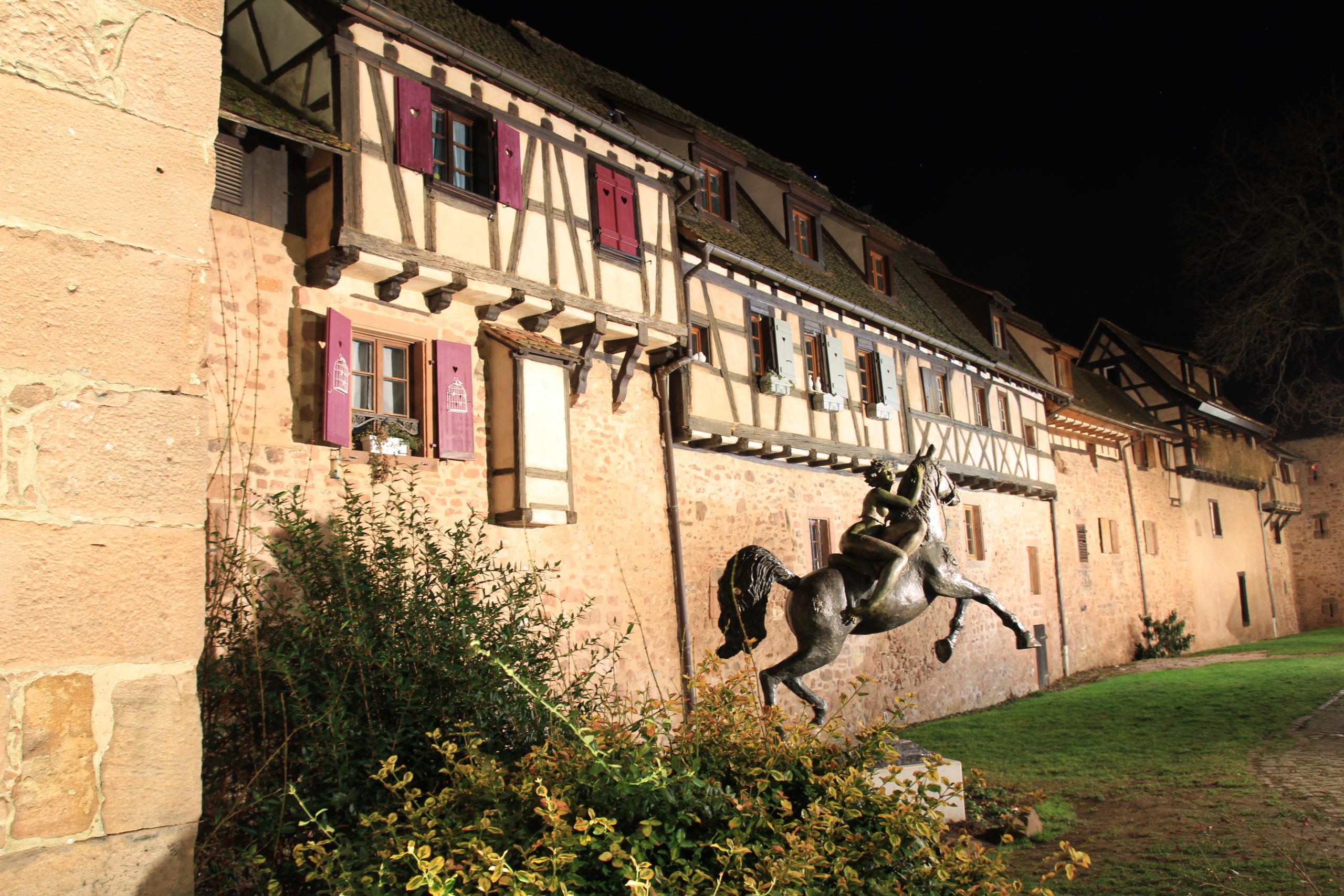 View of the ramparts…

Return to the city and take, just after the Dolder, on the left, the street of the Jews, which housed the old ghetto of the city and go to the museum of the thieves’ tower. 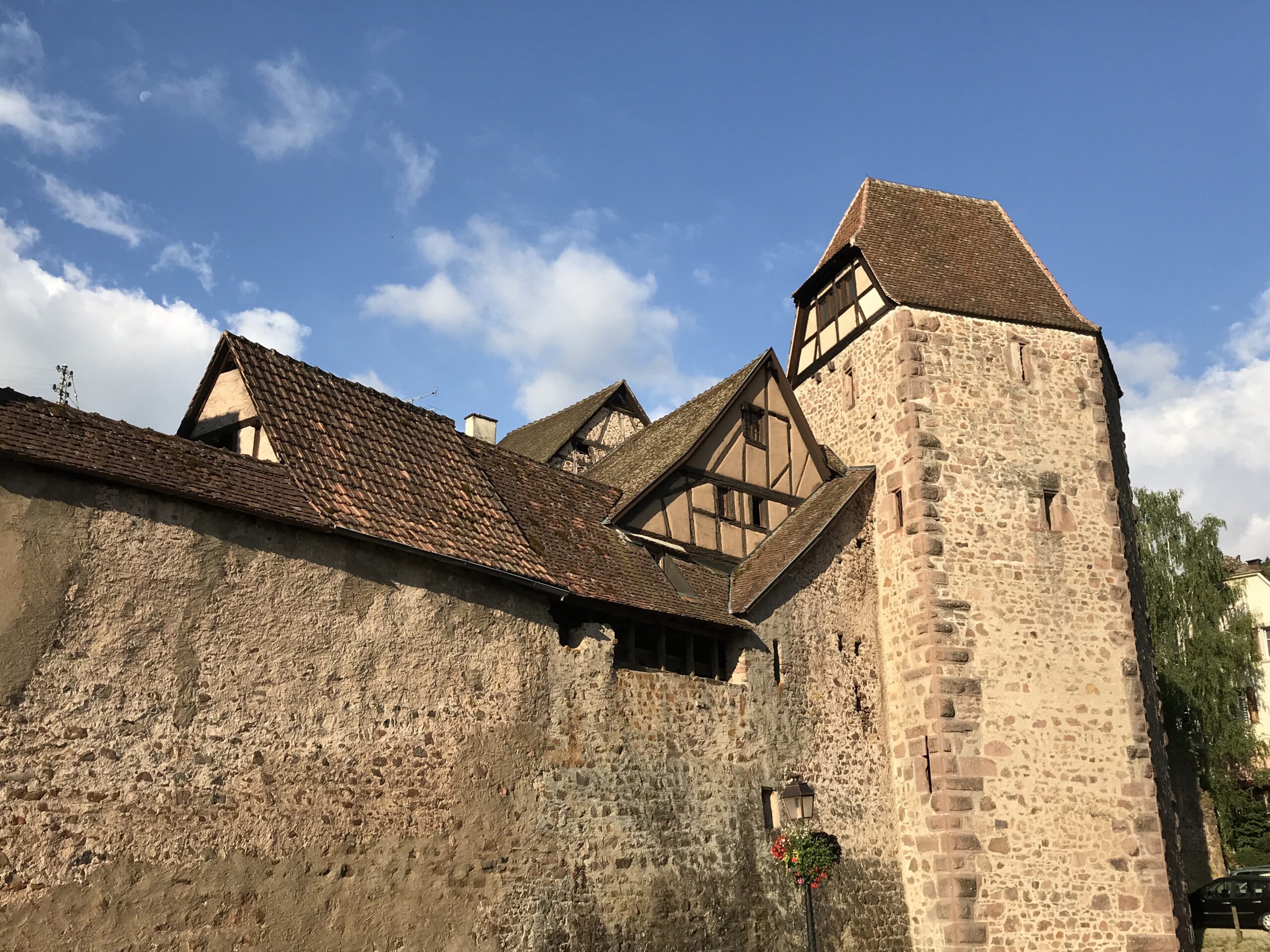 The tower, 18 m high, houses period dungeons, with a torture room and a caretaker’s room. 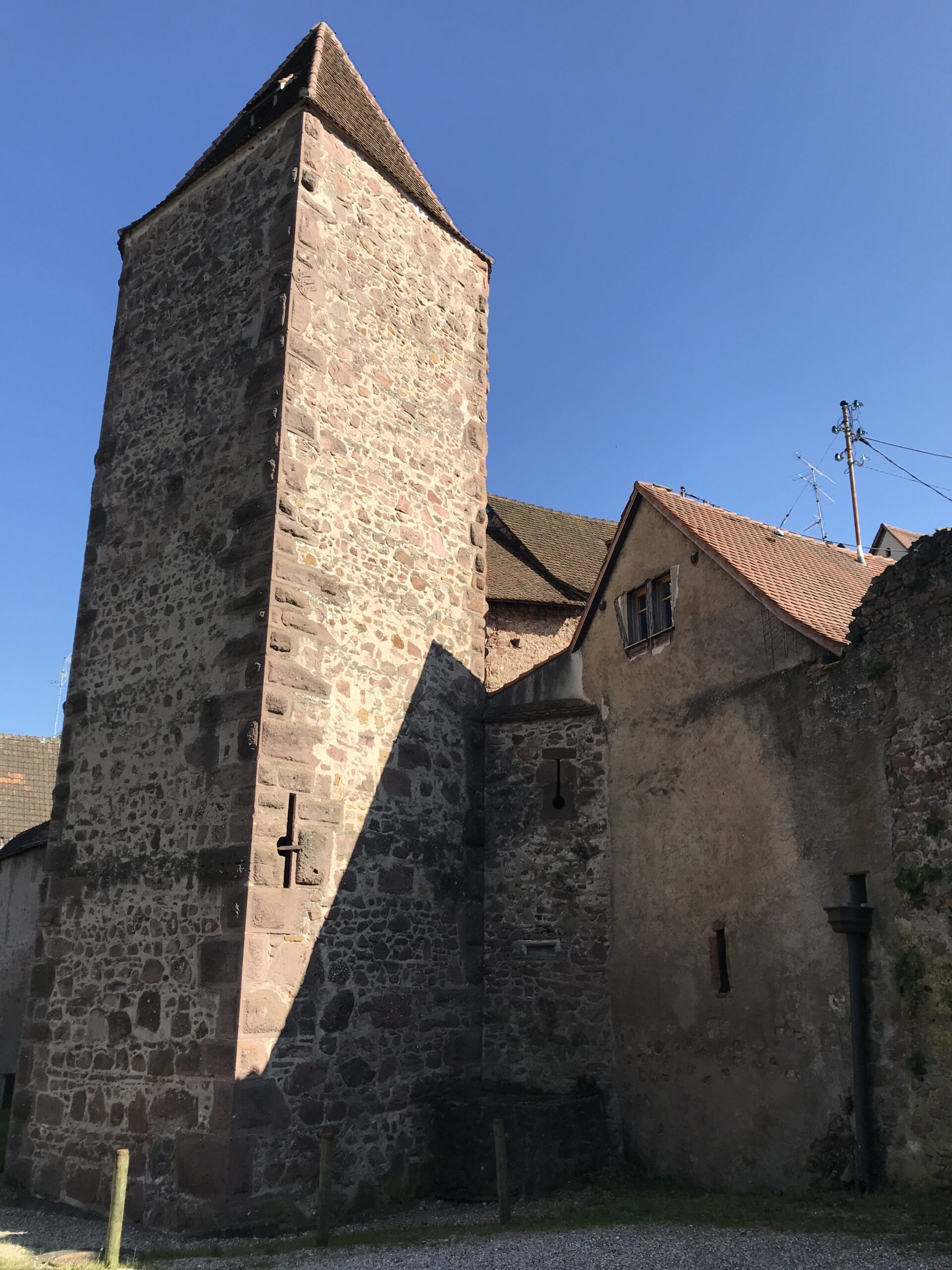 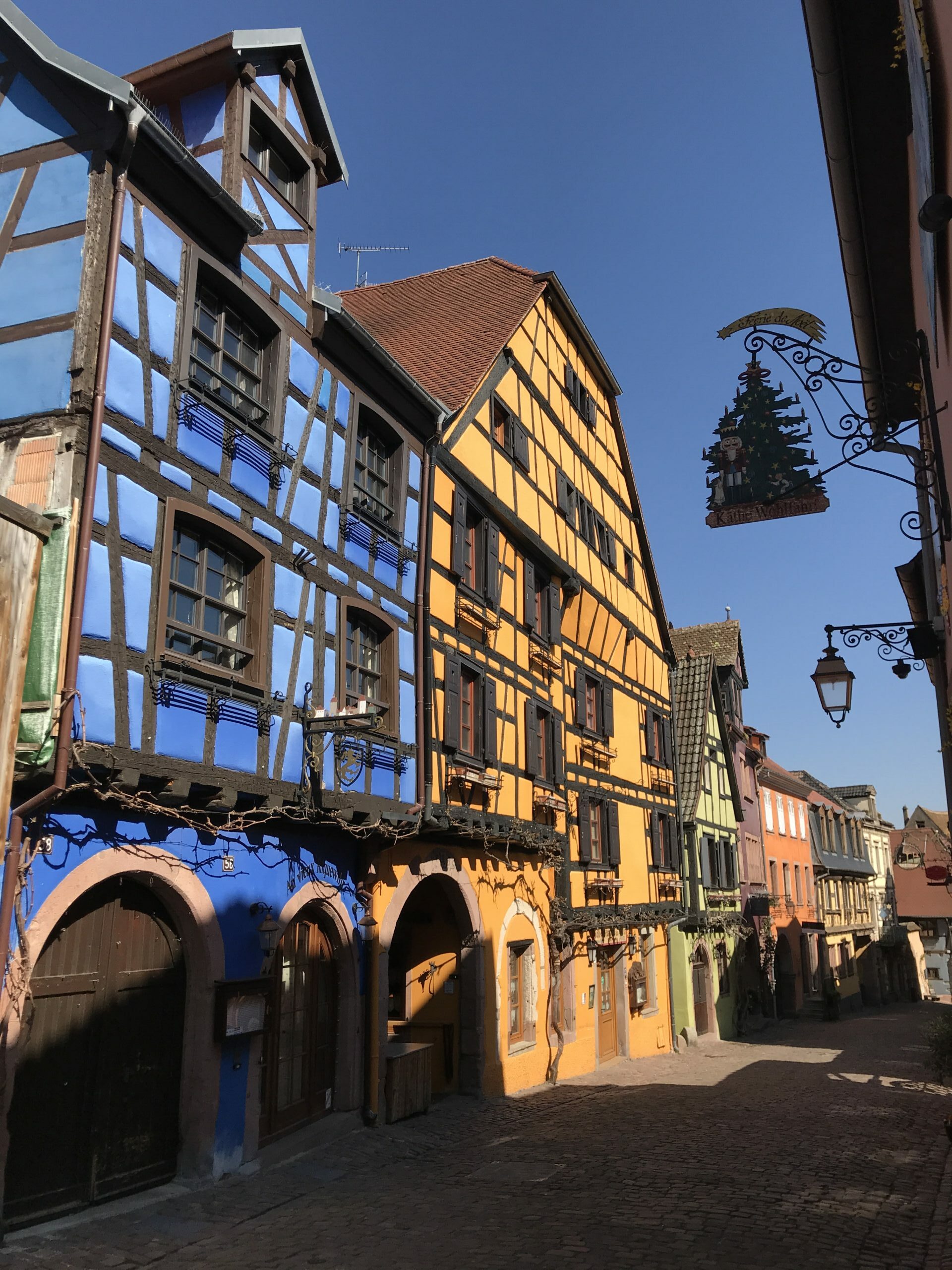 Then take the rue Latérale then right towards the rue des Remparts, go down to the castle of Wurtemberg 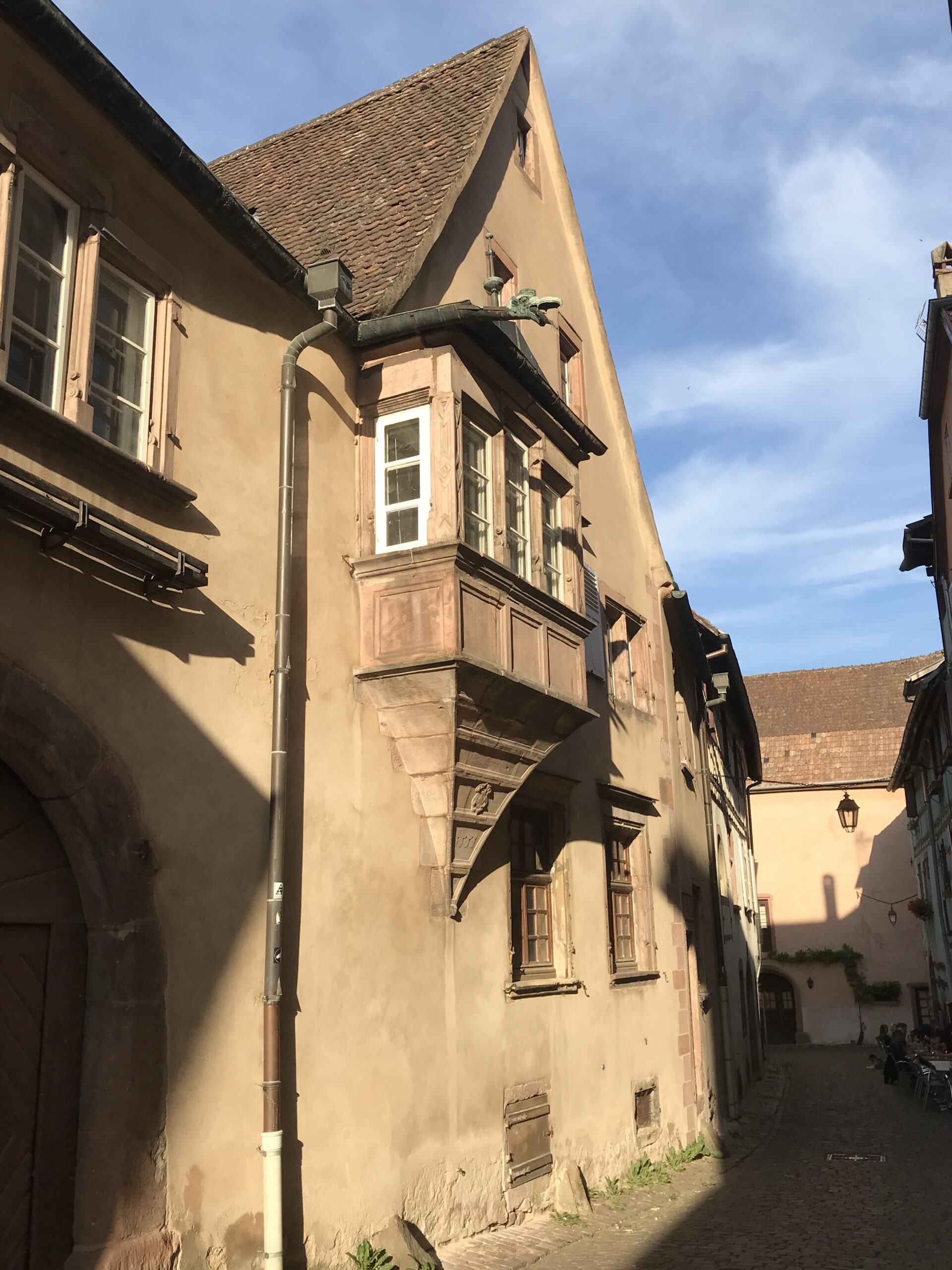 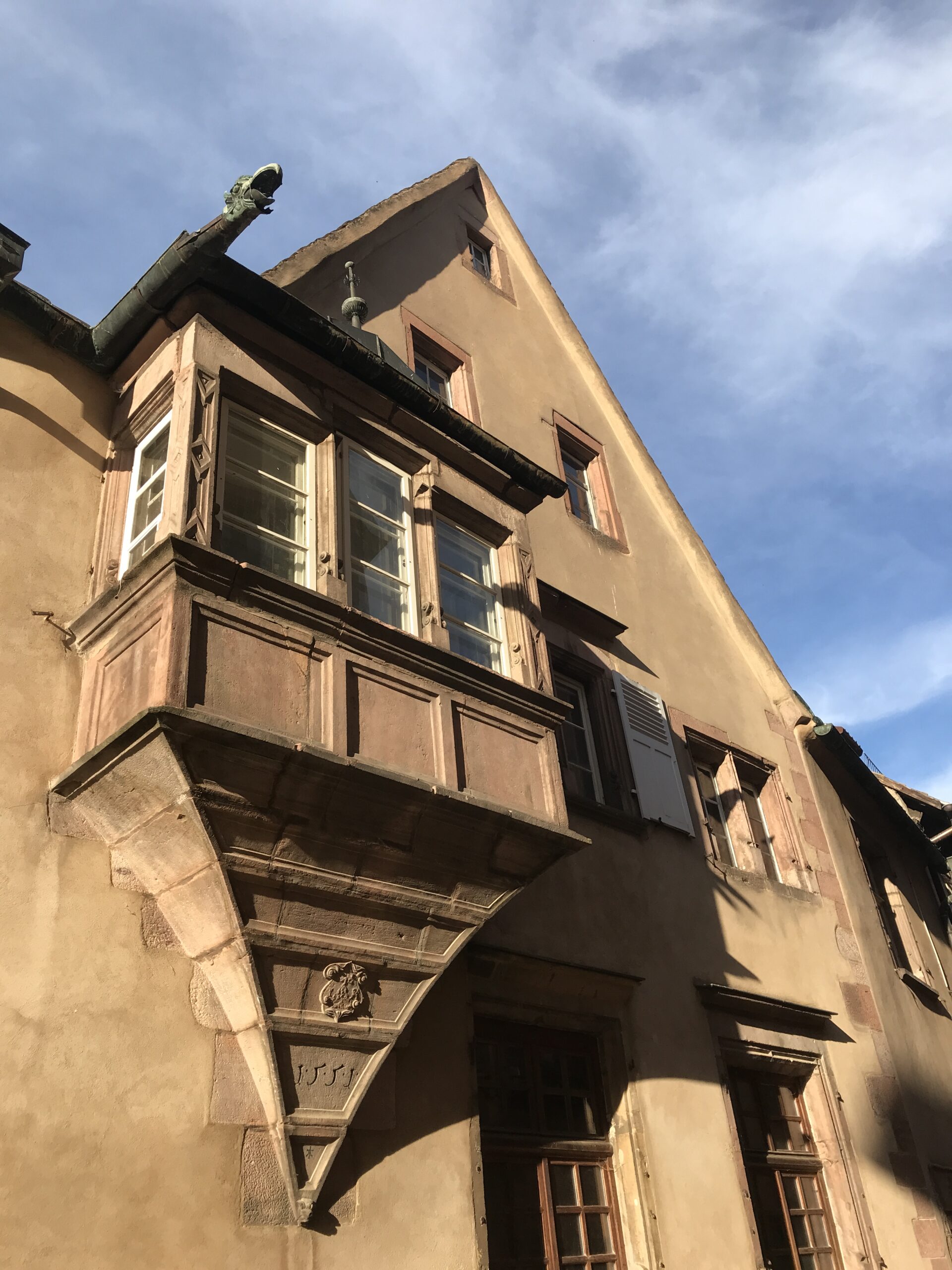 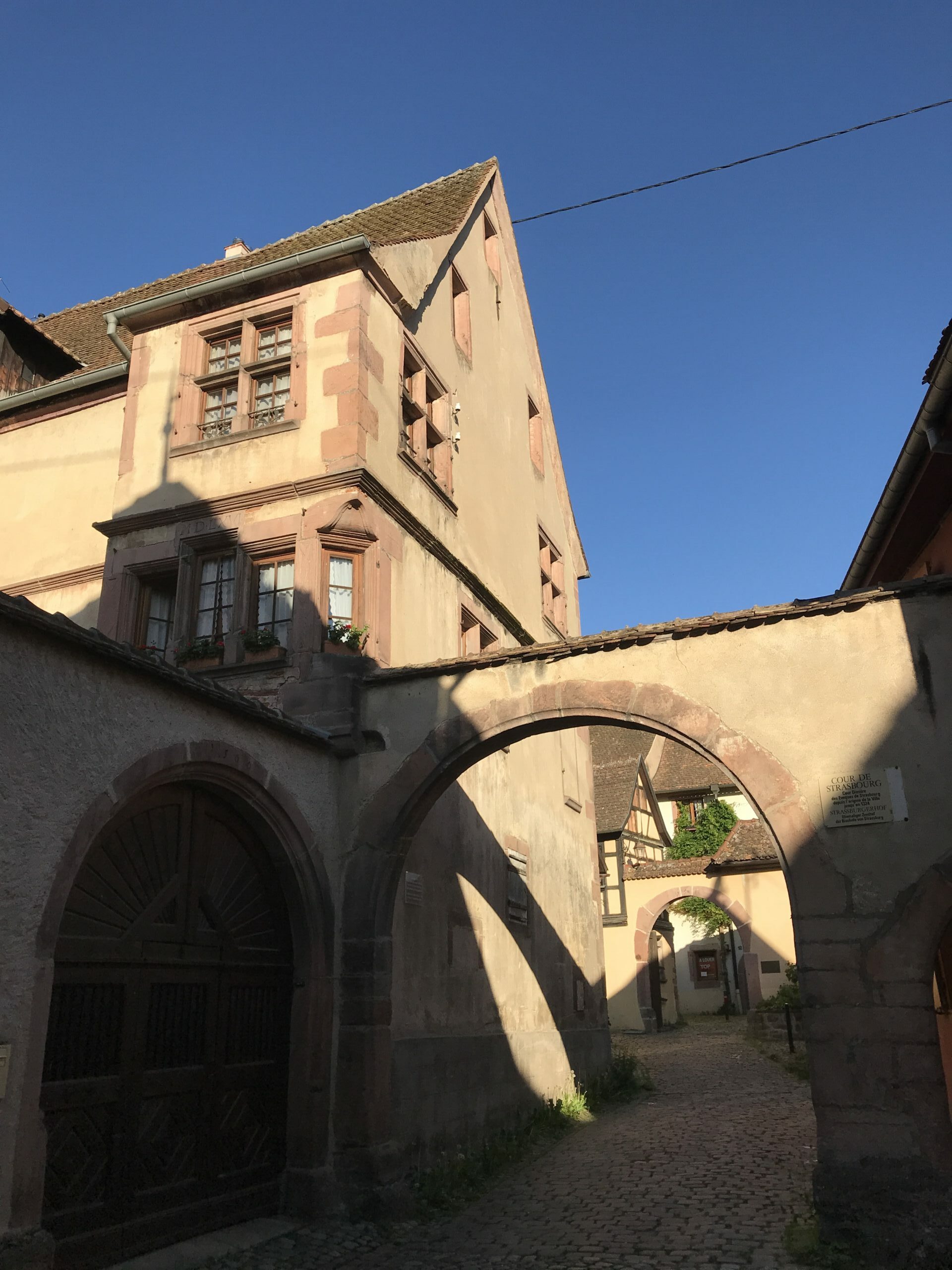 On rue de la 1ère Armée, visit the Cour de Strasbourg, then take rue des Remparts which will take you to the esplanade in front of the castle. 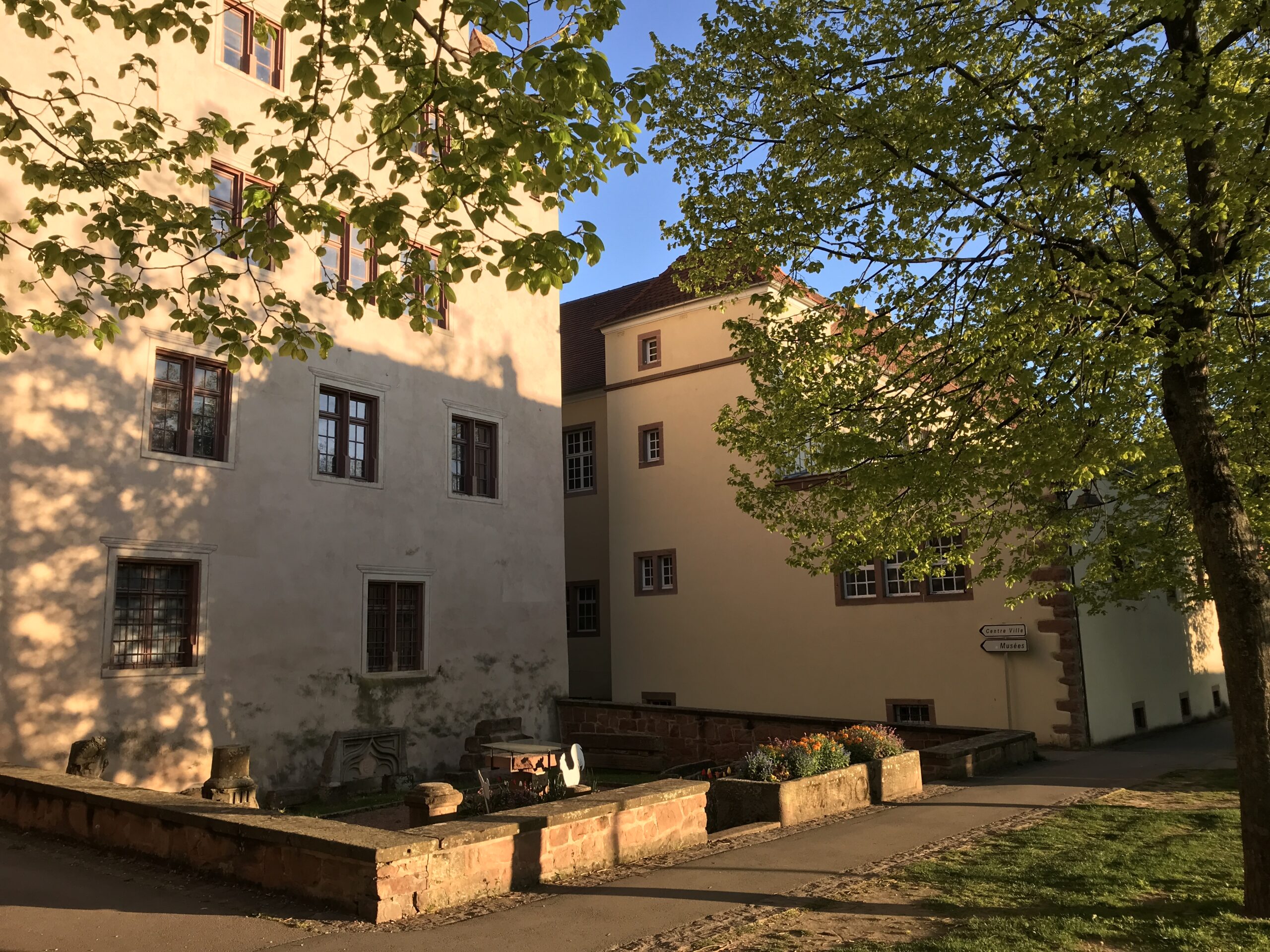 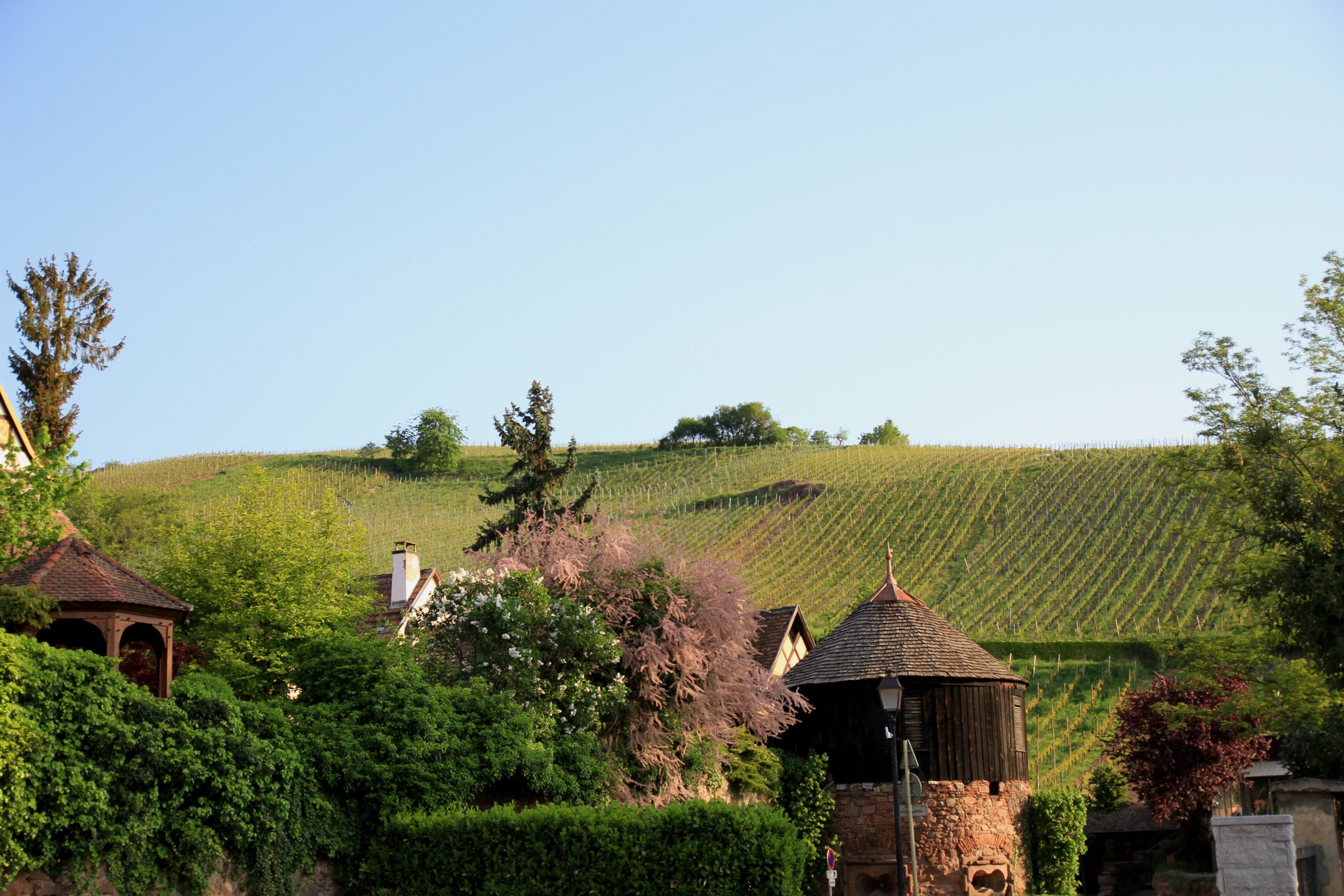 View on the vineyard of Schoenenbourg…

Riquewihr is one of the “Most Beautiful Villages of France”. 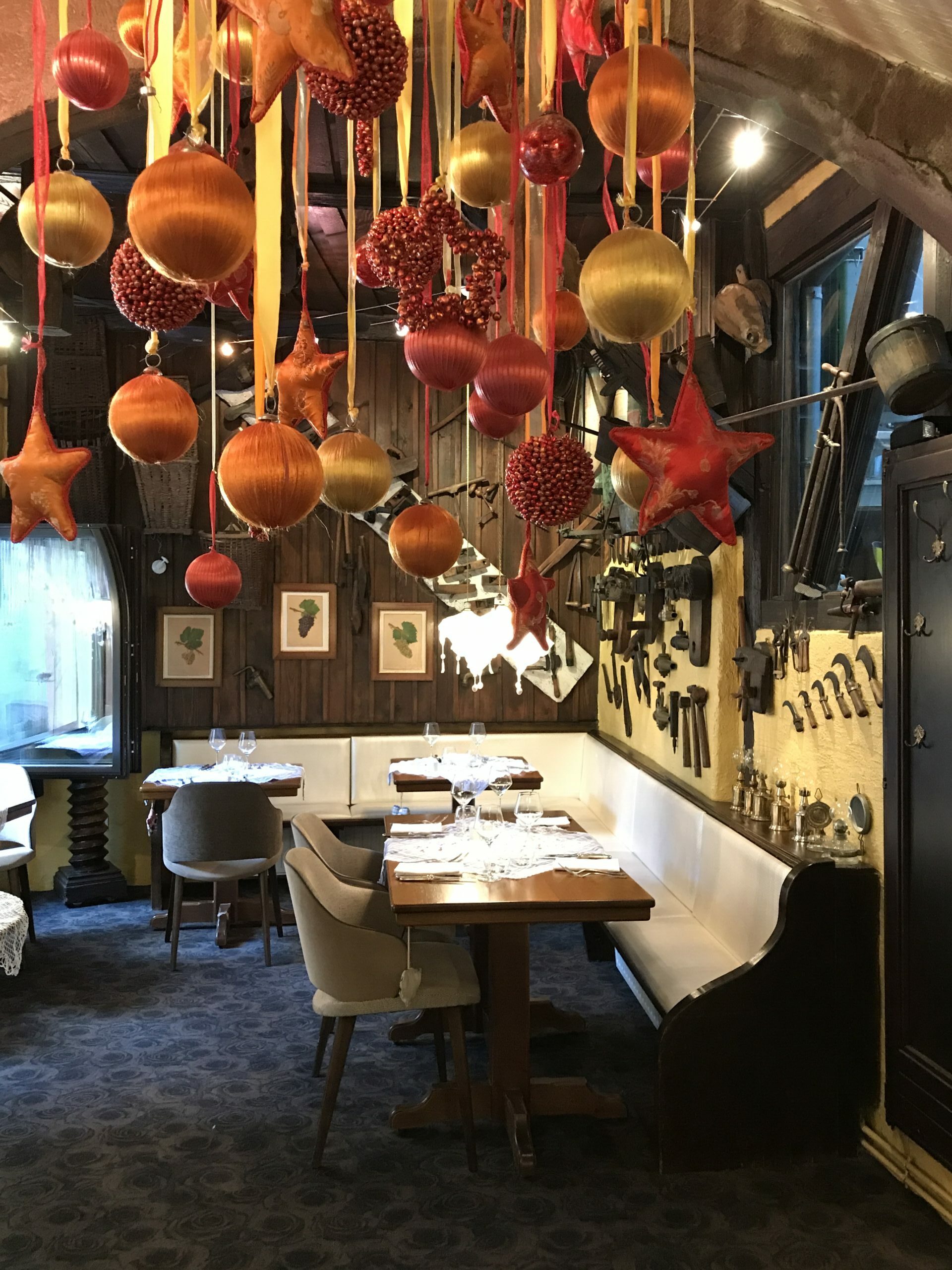 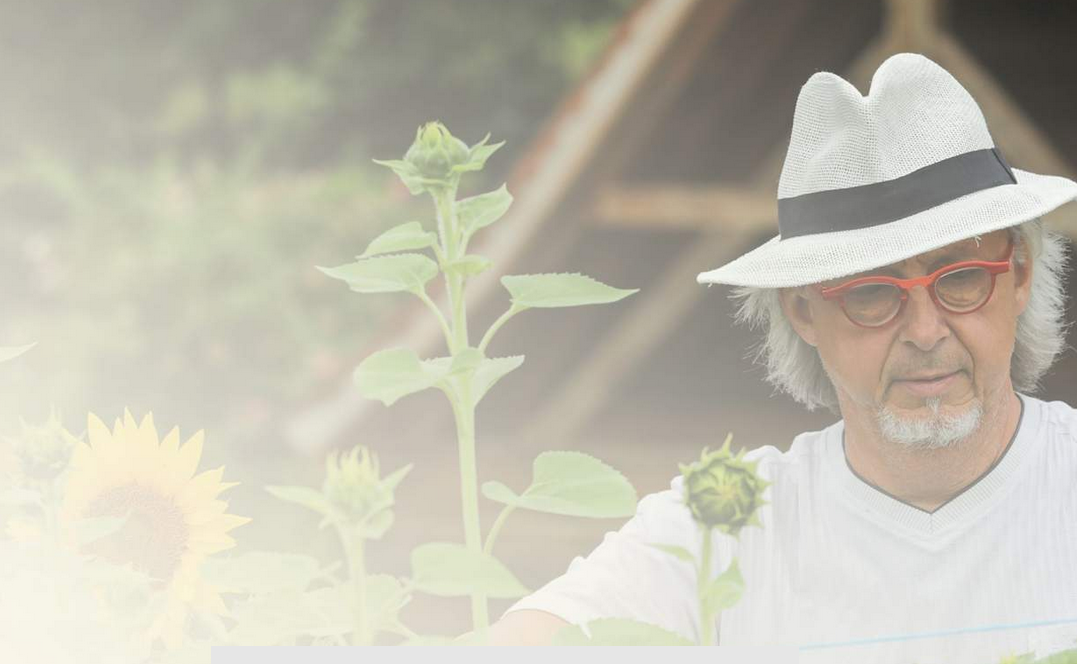